Finnish Elder, Fisherman Kalevi Veko Recognized With the Highest Award in the Country 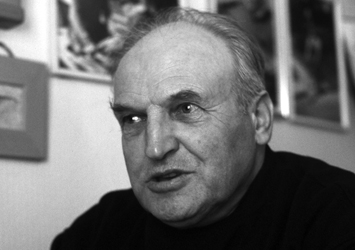 Today the Federation of Finnish Fisheries Association, the national body to advance professional fishing has recognized Elder, professional fisherman, 80-years-old Kalevi Veko with the highest national award that can be given to an individual – the Golden Award.

Kalevi Veko has been fishing all his life in the Sastamala region, a part of the Kokemäenjoki river catchment area in Western Finland. Mr. Veko has pioneered the role of observations made with traditional and local ecological knowledge to determine ecosystem and fish health. He has contributed to fisheries sciences for decades as a co-reseacher with professors and other researchers. He has fought the harmful industries that have wrecked water quality in his home lake for decades.

The Golden Award of the Federation of Finnish Fisheries Association can only be given to people who have contributed to national relevance in advancement of fisheries and related issues.

Mr. Veko pioneered a method where the professional fishermen in Finland are in the front lines to detect ecosystem and fish changes. Snowchange Cooperative later has implemented, in partnership with mr. Veko, this method in the Arctic, for example in the Kolyma river catchment area in Siberia, Russia as well as on several lakes and rivers in Finland.

In addition to mastering the fishing techniques and sites, mr. Veko is known as a person who carries the local traditions, oral histories, place-based knowledge and traditional culture. Snowchange plans to release a book of his life histories sometime in 2015.

Kalevi celebrates the award on Monday 3rd November, 2014 at home with his beloved wife, Eila and their children. Eila has also worked alongside Kalevi all her life in fisheries. Snowchange congratulates Kalevi and the extended Veko family and looks forwards to many years of further cooperation!