May in Finland has been the coldest in 100 years. Both in the boreal areas and in the Sámi North snow conditions and lake ice have persisted for longer than expected. Between now and mid-June several international initiatives will be under way. 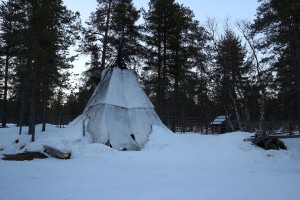 Snow conditions are severe in many Sámi areas still.

From 18th to 21st May we ll participate in several events at the “Slow Fish” global event in Genoa, Italy with the Low Impact Fishermen of Europe. We ll have the European premiere of a new Snowchange documentary film: Puruvesi Winter Seiners. You can see the trailer here.

This 35 minute English –language documentary shows an unique way of life from the boreal lakes of Finland. Shot over 2014-2017, the film captures the lives and landscapes of Puruvesi winter seiners, a traditional Finnish fishing community that has harvested vendace, or European Cisco, since 1300s. Their fishery is fully dependant on stable ice conditions. Now climate change, globalisation and other drivers of change are affecting the community. Fishermen are responding using a range of tools, including registeing their fish and way of fishing as a 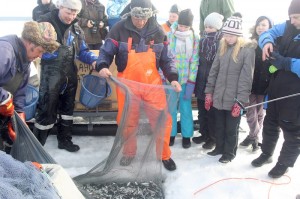 Geographical Indicator, defending the lake against trawling, maintaining traditional knowledge and practices and working together with researchers to address pollution on the lake. Northern and Arctic freshwater fisheries are little-known globally, and this film sheds light on this exceptional community of fishermen of the boreal North. An universal and attractive theme of the film is the actions taken by the community of fishermen themselves for the better, a shining light of positive change all fisheries globally need.

In early June we ll head to Stockholm for the “Good Anthropocene” event and meet with the IPBES Nordic teams as well as present a paper in the International Conference of the Arctic Social Scientists in Umeå. 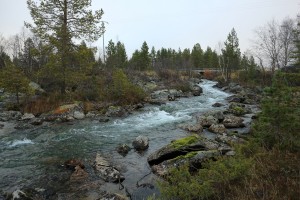 River Kirakkajoki is the site of the 2017 restoration efforts.

Restoration of the Vainosjoki sub-catchment area will commence in mid-June in the Skolt Sámi area. Metsähallitus, Snowchange, regional authorities and the Skolt Sámi have agreed on the project permits, framework and schedules. We hope to complete the actual habitat restoration for trout and grayling around early September.