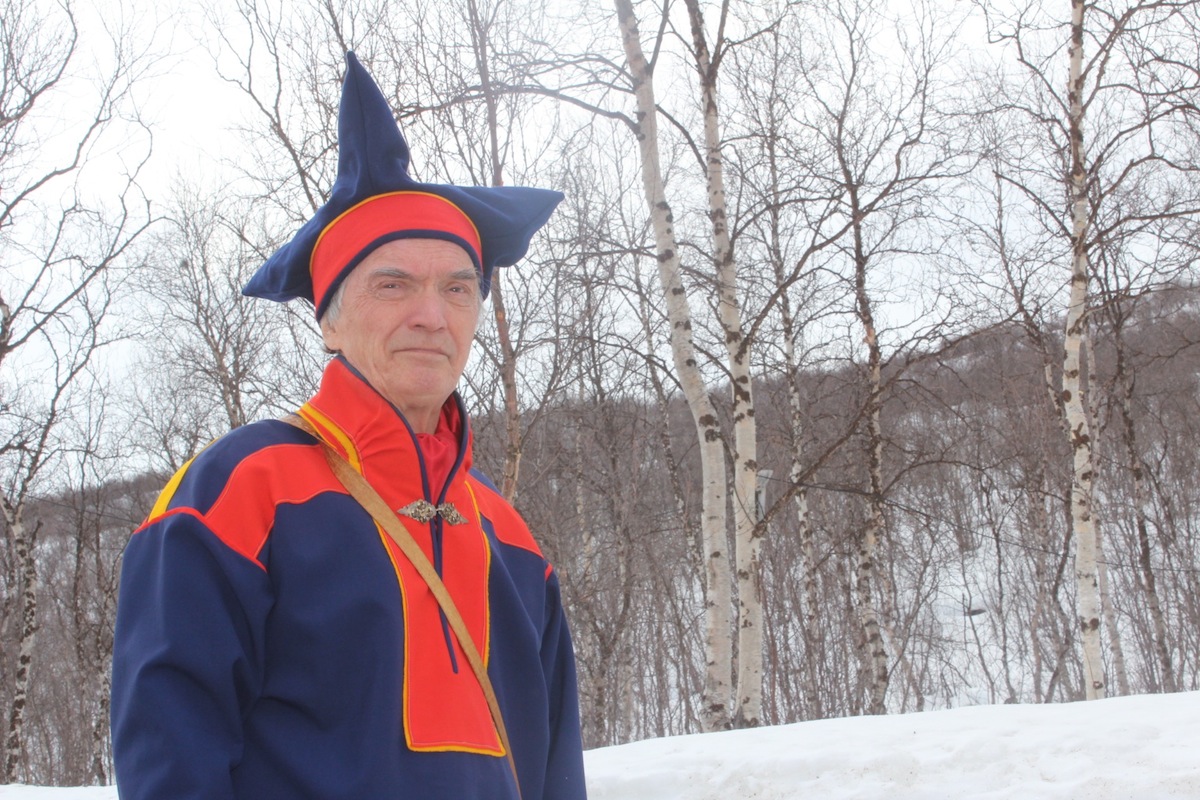 Sámi Scholar and Elder Samuli Aikio, Luobbal Sámmol Sámmol turns 80 this week on 11th May 2017. Snowchange Co-op joins in congratulations and celebrates the life work of this remarkable cultural person. Samuli is considered a central figure and a scholar of Sámi languages, toponymic place names, history and cultural heritage.

Snowchange Cooperative has worked with Samuli since 2011. We partnered with him to produce a book on the oral histories of his brother, famous hunter Aslak Ola Aikio. Since 2012 we have worked with Samuli on questions of Luleå and North Sámi place names, histories, Skolt siida territories and many other topics on a number of scholarly books and articles.

Samuli was born in 1937 to a North Sámi family in Utsjoki, living a subsistence traditional way of life off the land. His native language is North Sámi. However, Samuli was sent early to Helsinki to school. There he received formal education in the Finno-Ugric and language studies. He exchanged knowledge and ideas of such ‘Golden Age’ researchers of Sámi culture as T.I. Itkonen and Karl Nickul. Likewise, later on, Samuli worked with Sámi artist and cultural figure Nils-Aslak Valkeapää and Swiss author Robert Crottet.

Professional life of Samuli spans several decades and scientific forums. He worked at the Finnish  news agencies and University of Helsinki before a career as a researcher for example at the Nordic Sámi Institute and University of Oulu, where he received a honorary degree, doctor honoris causa, dr. h. c. in 1998. 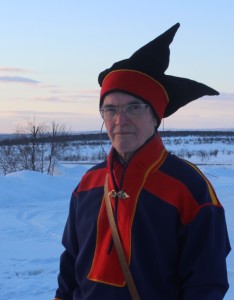 Samuli is one of the best-known Sámi scholars internationally. This is reflected in the trips and international cooperation he took since 1950s. Trips to Estonia, Soviet Union, China, Canada, Ireland, the UK, Hungary in the earlier years have solidified an international network of friends and colleagues globally. More recently Samuli has been translating for example Basque poetry into Saami language.

When we assess Samulis scholarly work a certain division into two is perhaps in need. In general, due to his extensive scientific work, many of the misconceptions and errors regarding Sámi history, traditions and culture have been able to be corrected. Many of these mistakes have resulted from the colonial process and Samuli has remedied a number of key issues of the Sámi peoples through his work.

Some of the monumental written works by Samuli include for example the anthology of Sámi texts and narratives, Skabmatolak, from 1974. In addition to this his peer-reviewed and other writings in scientific journals and publications that number in their dozens are a key source of information on the Sámi. Of special reference is the toponymic place name research that Samuli has conducted.

However, perhaps we should position the writings that Samuli has produced in Sámi language to be of most relevance as an achievement. Some of the Swedish Sámi people have referred to Samuli as the “Living Memory of Sámi People”. This is building on his capacities for both large synthesis of historical processes as well as micro-toponymic research in scale.

When Samuli writes in Sámi, the readership is his own people. His masterpiece and monumental work, Olbmot ovdal min (in English ‘People Before Our Time’) is simultaneously a history of the Sámi as well as a scholarly treatment of the historical events from Sámi perspective. It goes on to portray how the Sámi have survived has distinct Indigenous peoples through multiple pressures of history.

Samuli Aikio is a Sámi Renaissance Man. He has modernized the vocabularies of animals, birds, fish and other living beings in Sámi language. This work has covered even amphibians such as the Great Crested Newt. He is using his scholarly analysis to detect traces of ancient pre-Sámi languages in the current place names and has been able to produce a comprehensive view of the Sámi migration across Fennoscandia.

These Sámi histories are important also to wider audiences as they help to dismiss the history written from positions and circles of power that has distorted the view for so long. Central to Samulis scientific study of history have been the pre- and historical –era siida territories of the Sámi. Especially the locations of their borders on contemporary reality are very important for historical studies.

Samuli has encouraged young Sámi to visit and spend time in the ancestral campgrounds, hunting areas and other Sámi dwelling places to maintain cultural continuity and presence in the wilderness areas of Sápmi, the Sámi homeland.

Samulis worldview has been always been cosmopolitan – the value of a culture or a language is not tied to the number of people who speak it. Rather, each in their own ways is valuable and contains inherent beauty and aesthetics. Connected with this 80th anniversary of this living legend a book is published – a treatment of the North Sámi toponymic place names, which is more than fitting for the occasion.