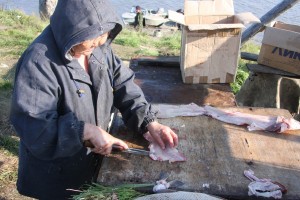 A major new scientific paper out in Biological Reviews features Snowchange initiatives and perspectives. Climate change will have diverse impacts on ecosystems across the globe. One of the clearest impacts of climate change on biodiversity has been and will be the change of species distributions or ‘species redistribution’. The consequences of species redistribution will be extensive, impacting not only biodiversity itself but also societies world-wide that depend on healthy ecosystems. 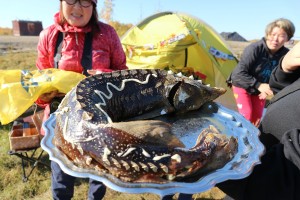 “The distributions and relative abundances of species within their historic ranges have been central to the knowledge of Indigenous peoples, including not only sedentary communities, but also mobile communities such as nomads, pastoralists, shifting agriculturalists and hunter-gatherers. Maintaining relatively intact ecosystems is crucial to the preservation of livelihoods, cosmologies, cultures and languages of these groups, and many have developed governance systems for their biological resources based on holistic observations and checks-and-balances to prevent overharvesting. Alterations in species ranges and relative abundances due to climate change will have profound consequences for these governance systems…For many Indigenous and local communities, monitoring is central to the preservation of their sea- and land-use patterns and sustainable development.” 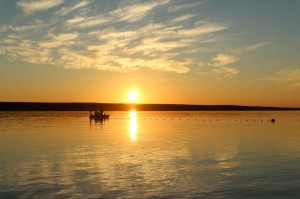 Tero Mustonen from Snowchange, one of the co-authors of the paper, says: “We need to do new things, form new partnerships and step away from our established comfort zones to make sure all us, as humankind, has a chance for survival. This paper is an important addition to the conversation, especially in recognition of the Indigenous governance.”

If fish species move significantly there could be major disruptions to global food security. Similarly, if important disease vectors (e.g. mosquitoes) change their distributions there could be major public health challenges arising from species redistribution. How best can science support the management of these major climate change impacts on biodiversity and societies?

Leading a large international team of climate change researchers, Dr. Timothy Bonebrake, Assistant Professor of Biological Sciences at the University of Hong Kong, and colleagues devised a strategy for managing the consequences of species redistribution through close collaboration between ecologists, conservation biologists and social scientists. Open questions remain about how species will continue to shift distributions in a warming climate. The research team argues, in a recently published paper in Biological Reviews, that with targeted interdisciplinary engagement and by working with managers, local communities and the public there are significant opportunities to address research challenges in species redistribution and mitigate its effects. 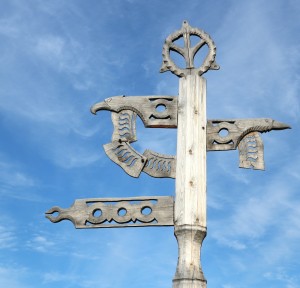 As an example, the research team highlighted the uncertain future of caterpillar fungus (Ophiocordyceps sinensis) and the consequences of its redistribution under climate change. Caterpillar fungus is an important commodity in the economy of rural Tibet and is popular in Hong Kong and China for its use in traditional Chinese medicine. However, scientists have forecasted that under climate change the species may decline. This would most significantly impact the local communities that depend on the fungus for income. Importantly, harvesters of the caterpillar fungus have already experienced local changes in climate in the montane Tibet plateau. These experiences in climate change are crucial and have in fact informed scientific understanding of warming impacts in the region. In this way it is clear that the science and local communities can support one another – it is not only science that supports communities but communities who support science.

Applied, real-time and interdisciplinary research will be vital for effective management of species redistribution effects on biodiversity and societies. “Traditional research paradigms are ill-suited to respond adequately to the global and far-reaching effects of species redistribution” explained Dr Bonebrake. “Ecologists, for example, need to go beyond studying how global warming will change a given species. We ecologists need to determine whether there are immediate conservation actions that can be taken to ensure that that species persists in the future. We also need to assess whether a given species redistribution will affect associated ‘ecosystem services’, or how that species might be relevant to people, whether it’s through disease, health or recreation.”

The research team provided a number of positive developments which could enhance management efforts. For example, dynamic ocean management systems have been developed in some countries to accommodate seasonal changes in fish distributions and provide for regular updates of management zones. Similar approaches are being developed to adapt to long-term and climate-driven species redistributions. Citizen science has also become very popular in recent years. The involvement of local communities in data collection of species changes allows for a formalized relationship between scientists and the public which serves to enhance the increasingly crucial link between communities and scientists. 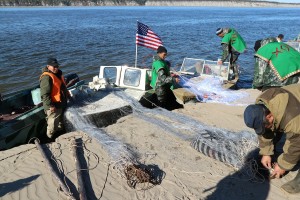 Though the challenges are significant and the consequences of climate change and species redistribution potentially dire, there is cause for optimism. “This study came out of a meeting with hundreds of researchers in Tasmania, Species on the Move, and was inspired by the abundance of passion and enthusiasm to address this issue” said Dr Bonebrake. “We realized that by working together across disciplinary lines and by interfacing directly with the communities most affected by climate change, we have the best chance of successfully adapting to the impacts. As an American citizen I was disappointed that President Donald Trump chose to withdraw from the Paris climate agreement. But many cities across the US have decided that they will commit to the agreement all the same. And I think this is the right approach; addressing climate change impacts will require local engagement and I believe scientists have an important role to play in this effort.”