How does indigenous knowledge make sense of the world?: Snowchange on Al-Jazeera

Al-Jazeera features Snowchange on the Stream show. Indigenous communities have for centuries drawn on native scientific knowledge to help them understand the world around them. Known popularly as Traditional Knowledge, this observational evidence is verified by elders and passed on to successive generations, largely as an oral 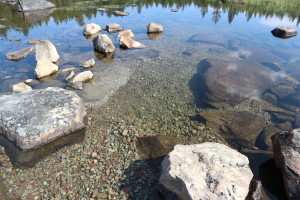 Traditional Knowledge encompasses practices as varied as farming, fishing and medicine. And it gives insight into climate change, which frequently impacts on indigenous communities. In July the Nenets of Siberia joined several Native American tribes in the northwestern United States for the 2018 Canoe Journey, a yearly gathering aimed at fostering inter-tribal community. Researchers taking part in the journey through the Salish Sea gathered water quality data through probes attached to their vessels, enhancing their understanding of how the sea is changing.

Yet the scientific accounts of indigenous communities are sometimes considered by Western scientists as inferior for not rigidly conforming to Western standards of objectivity and quantifiability. Practitioners of Traditional Knowledge say they often struggle to be taken seriously by scientists working in the Western paradigm. They are concerned that such attitudes could limit opportunities for young indigenous people to consider careers in science, technology, engineering and mathematics.

We’ll meet leading Traditional Knowledge scientists and consider what their approaches have brought indigenous communities and beyond. We’ll also hear about the challenges they face when working alongside Western science professionals.

On this episode of The Stream, we speak with: