Posted on November 2, 2018 by Snowchange 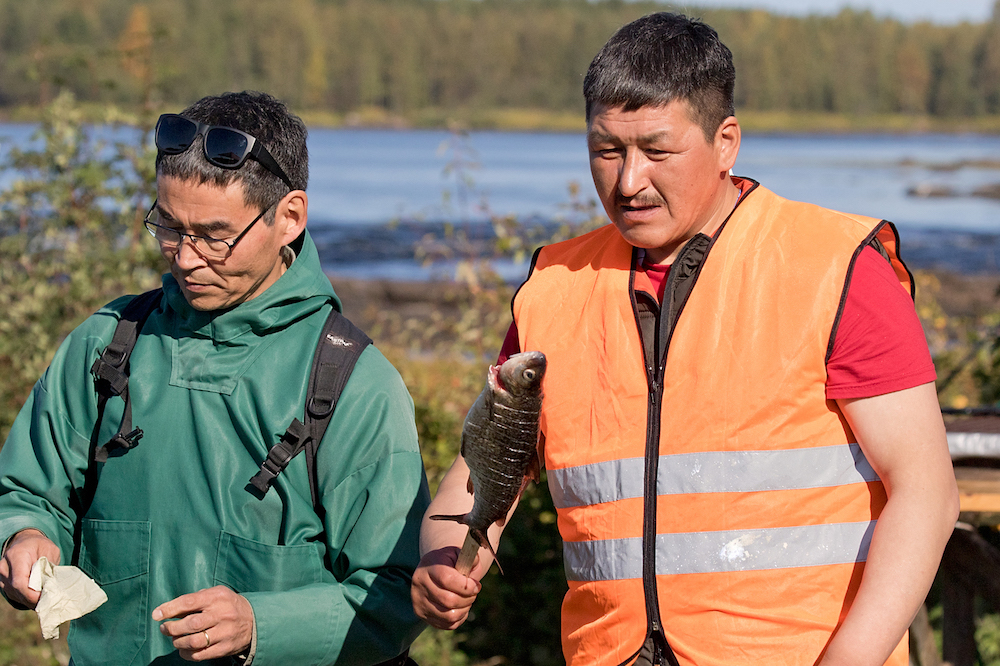 Snowchange partners in Attu, Western Greenland at the Natural Resources Council have won the prestigenous Nordic Environmental Prize 2018. The organisation is led by Nuunoq, who accepted the prize earlier this week in Oslo.

Nuunoq wrote this morning from Greenland to Snowchange. He had this to say:

Thank you all very much. It is overwhelming.

It also comes as a big surprise to me that we quite suddenly receive so much support in Greenland. Before this, no-one “was interested” in the project.

For example, yesterday (Thursday, November 1st) when we arrived in our municipality, Kommune Qeqertalik, we were picked up at the airport and taken straight to the town hall where we were officially welcomed at a reception with several people and the press present. The mayor gave a speech in which she promised a lot of support. For example, the DKK 350,000 is a lot of money but it is not enough to cover the expenses of an information campaign in Greenland with a very long coastline, and the mayor promised to earmark some funds to cover the remainder of the costs for such a campaign. 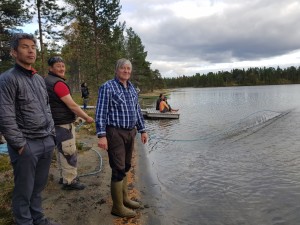 When I said that I wanted Akatu (Pâviârak’ Jacobsen) to come along on the campaign the mayor, gratefully, accepted this. Likewise, it was also accepted, very gratefully, that I wanted him to come to Nuuk on November 6 for the presentation. In the same way, Nette from the Ministry of Fisheries, Hunting and Agriculture, who was with us in Oslo, Norway, said she would see what they could come up with for 2019.

Furthermore, I have also been invited to Africa by Finn, a former colleague of Nette, who had put forward the invitation the day before yesterday, supported by, among others, by the World Bank, this is very exciting.

Nuunoq, Mr. Per Ole Frederiksen, receiver of the Nordic Council Environment Prize 2018, for the Pisuna Project