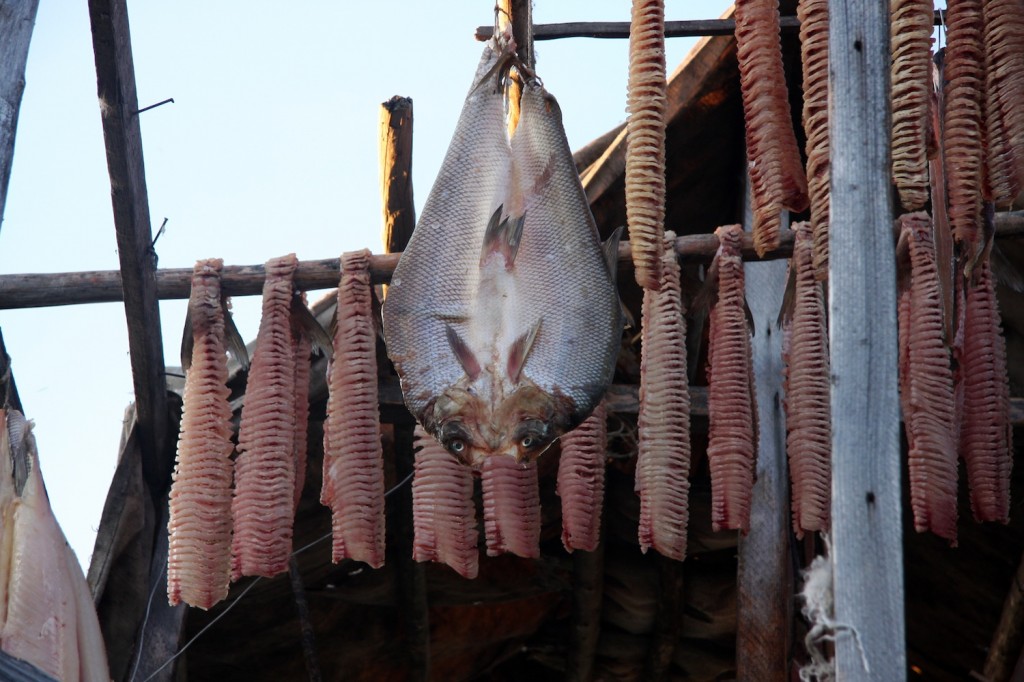 Staff member, ecologist Philippe Fayt reports from the Arctic Biodiveristy Congress held earlier in the Autumn in Rovaniemi, Finland. Snowchange participated with a presentation on the co-management of the Näätämö watershed. A full report from the event is also available as the Snowchange Discussion Paper #18.

The second Arctic Biodiversity Congress was held in the “Arctic” city of Finland 9thto 12thOctober 2018. Built on the success of the first event held in Trondheim in 2014, the Rovaniemi Congress brought once again together nearly 500 leaders, experts and practitioners from all over the Arctic region to discuss critically and advance major conservation issues facing the Arctic and the world. It featured keynotes from prominent experts in Arctic science and global environmental policy and cooperation but also people from diverse backgrounds such as government representatives, Indigenous Peoples, NGOs, youth and industry. 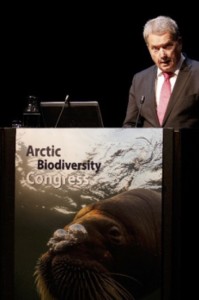 “There is no time to waste”, urgent President Sauli Niinistö of Finland.

As part of Finland’s Chairmanship of the Arctic Council from 2017 to 2019, the congress was jointly organized by the Conservation of Arctic Flora and Fauna (CAFF) working group of the Arctic Council and the Ministry of the Environment of Finland. To underline the importance of the event, Mr. Sauli Niinistö, President of the Republic of Finland opened the Congress. Along the conference itself, the Finnish Chairmanship organized an Arctic Environment Ministers’ meeting, first one of its kind in five years. Focusing on climate change, biodiversity and pollution prevention, the high-level meeting gathered delegates from the eight Arctic States and six Permanent Participant organizations representing the indigenous peoples of the Arctic.

The Congress was organised around six main themes, identifies in the Arctic Biodiversity Assessment (ABA) recommendations for policy:

Being particularly involved in the promotion of traditional knowledge for solving environmental crisis, the Snowchange Cooperative was being represented in the Community-based monitoring of Arctic biodiversity session, with a talk on Community-led Monitoring and Ecological Restoration in the North. 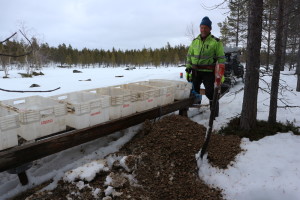 Using a salmon stock co-management initiative with the Skolt Sámi in Finland as an example, Snowchange representatives illustrated the value of community-based resource management. It was argued that, along with the northwards species distribution changes that accompany climate change, there is a growing need for more dynamic conservation approaches and community-based conservation efforts of Nordic landscapes. The presentation emphasized the need to move from the current local in-situ (e.g., national parks) to a larger-scale ecologically meaningful approach of land governance, with traditional knowledge and know-how ideally complementing scientific expertise outside protection areas. The presentation was made by staff Philippe Fayt and Simone Gress Hansen.

Spanning the entire globe, the Arctic region is home for a highly specialized and diverse cold-adapted biodiversity upon which local hunter-gatherer-fisher communities are closely dependent for their livelihood and cultural identity. On repeated occasions, the importance of the resource-based traditional knowledge of those communities has been put forward as central to the ecologically sound management of the northern resources.

In her opening talk, Tiina Sanila-Aikio, President of the Sámi Parliament of Finland, emphasized the role of Indigenous People as “vital stewards of global biodiversity conservation”, calling for an increasing inclusion of traditional knowledge holders in environmental decision-making. 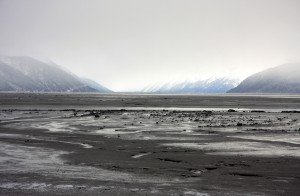 Snowchange has worked with the ICC since 2001. Here the coastal areas of Alaska, homeland of the Yupiaq and Inupiaq.

Worldwide the rights of those Indigenous and local communities are not always respected despite the existing United Nations Declaration on the Rights of Indigenous People adopted in 2007. This is a situation, as described by Dalee Sambo Dorough (the Chair of the Inuit Circumpolar Council), that undermines Sustainable Development Goals of the UN.

Particularly concerned about how already visible the negative impacts of climate change are in the North, the young generations from various Arctic territories were especially well represented during the meeting and associated discussions in parallel to an Arctic Youth Summit. Their vibrant request for a living future took the form of a collective “Arctic Youth Summit Rovaniemi Declaration” delivered to the ministerial panel participants.

In the statement, the young voices reminded us that limiting climate change should be a worldwide priority by urging leaders to incorporate the youth’s views in decision-making and step up their actions to tackle climate change.

Read here a more in-depth report from ABA Congress. This report summarizes interesting discussions on polar bear situation, co-management, reindeer research and many other highlights from ABA. It is the Snowchange Discussion Paper #18.