Posted on December 7, 2018 by Snowchange

Landscape Rewilding Programme in Finland has received a major support from the Finnish Kone Foundation. They have provided an additional 200,000 € grant for the expansion of the efforts to restore forests and wetlands in Finland for 2019-2023.

The Landscape Rewilding Programme was launched in June 2018. It is a joint effort by Rewilding Europe, European Investment Bank and Snowchange to restore and rewild large wetland and forest areas. These sites then will emerge as biodiversity hotspots, carbon sinks and (I)CCAs, community-conserved areas. By December 2018 350 hectares have been restored with an expectation of 600 ha by Summer 2019. By 2030s the Programme is expected to have restored up to 50,000 ha in minimum. It is the largest single restoration programme in Finnish history on private lands by non-state actors. 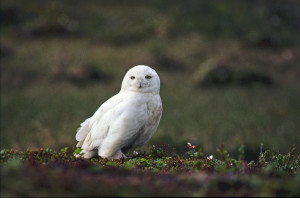 “The Kone Foundation grant is very crucial at a critical time of the programme and we are very thankful for this support“, says Tero Mustonen from Snowchange. “It will allow to expand our efforts both in the boreal and in the Sámi forest restoration in the high Arctic. Preservation, restoration and creation of community-conserved areas is crucial at this time in human history. While the sites are currently located in Finland, we are in talks to expand the programme to Canada and Russia over the next few years. Already the restored sites in Finland play a global role as bird nesting areas and carbon sinks of global relevance“, Mustonen adds.

Previous supporters in 2018 of the programme include Maj and Tor Nessling Foundation, private donors and businesses as well as the Christensen Fund for the North American efforts for 2019. Funding talks are on-going.