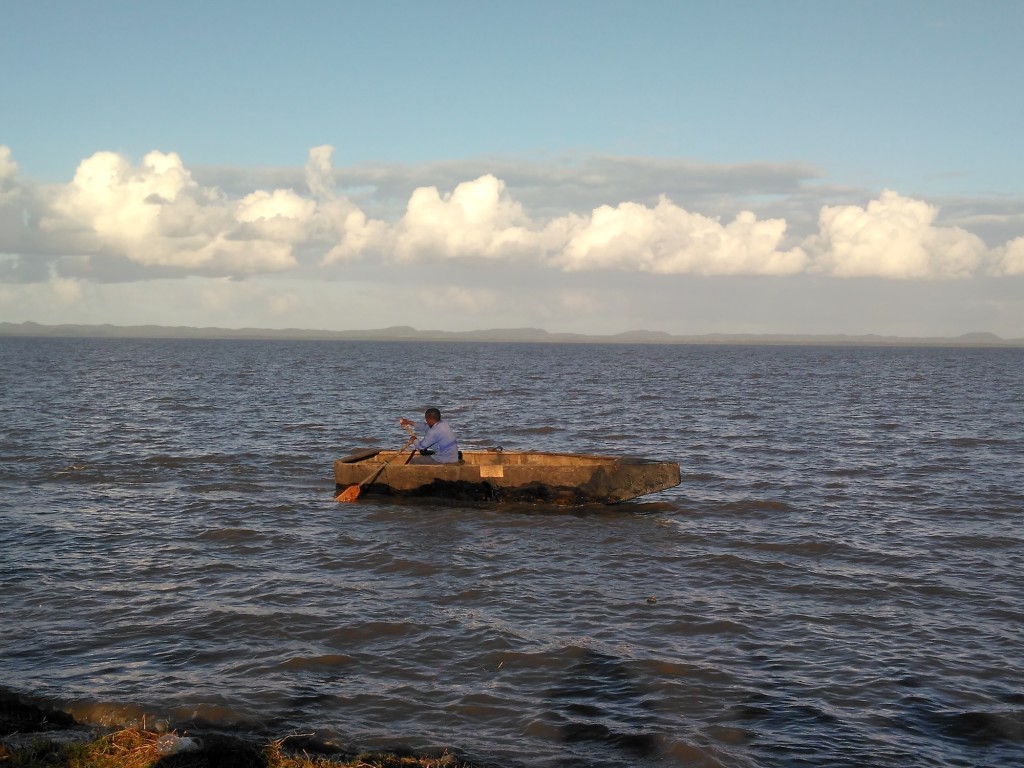 Fishermen Thomas Nkuna and Sabelo Mzileni from the Nibela Zulu community hosted a Snowchange delegation in their homeland in July 2019. The Lake St Lucia estuarine system is the largest natural estuary in South Africa.  It is the most important nursery ground for juvenile marine fish and prawns along the KwaZulu-Natal coast.

In the 1950s the South African government was pressurised by white sugar cane farmers farming upstream in the Umfoloziflood plain to protect their sugar cane farming from back-flooding by dredging open a second inlet to the sea – so that there were two inlets, St Lucia and Umfolozi.

Scientists and the local community have seen that this artificial separation of the St Lucia and Umfoloziinlets has had a devastating impact on the fish and biodiversity of the Lake.  It has led to very high concentrations of salt which in turn have impacted the fish and estuarine ecosystem. This has been made worse by climate changes over the last decades, leading to drought and the drying up of the lake.

The estuary mouth closed completely in June 2002 because of drought and remained so for 4 years and 9 months.  The lake levels dropped by 30%. A study to determine the impacts of extended mouth closure, hypersalinityand low lake levels on the mesozooplankton, macrobenthic invertebrates and fish fauna was initiated in 2004. 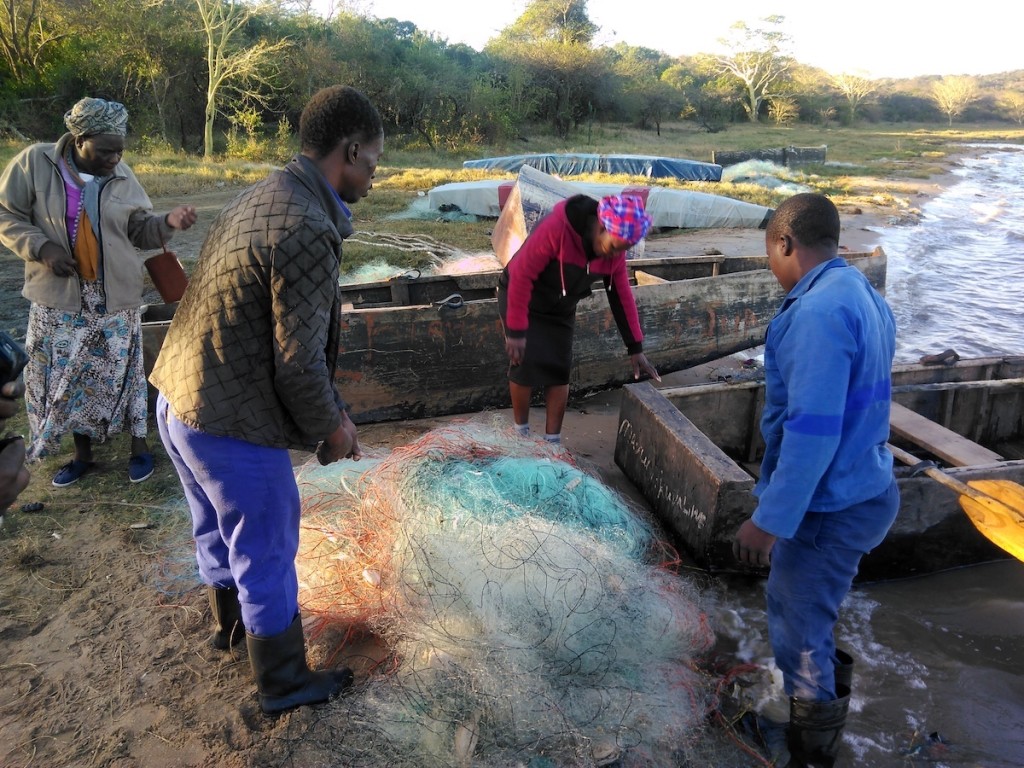 Thomas, Thoko and Sabelo presented their community and current situation at the recent Species on the Move 2019 Conference that was held in Kruger National Park. They made the following statement:

“The Isimangaliso World Heritage Site where many of us live on the lands of our ancestors was declared without consulting us.  The World Heritage Site puts the needs of the tourists ahead of our needs and we do not benefit equitably from this tourism. We are not represented as fishers on the management board of the Heritage Site. Instead strict conservation regulations prevent us from fishing in our traditional fishing grounds.

We are forced to fish at night and to hide from the conservation authorities in order to fish and put food on the table for our families. The enforcement officials often confiscate our boats and our nets and burn them.

As we are not included in the management processes we are not able to use the local knowledge that has been handed down to us from our ancestors who knew how to care for nature and use nature sustainably. The local indigenous knowledge of our communities upon which our culture depends will die out if we are not able to access and use resources and develop our knowledge as nature changes. 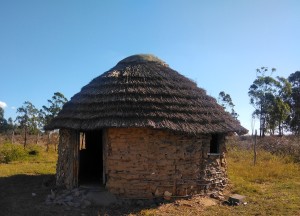 As indigenous local communities who have depended on the sea and the lakes for our livelihoods we have been heavily affected by the way in which marine and coastal resources have been managed in South Africa. During Colonial times many of us were forcibly removed from our lands.  This continued during the Apartheid regime.  Even though we have now lodged Land Claims most of us are still not able to fish according to our customary system.

We are still waiting for recognition of our customary fishing rights and to be included in the co-management of our lands, our forests and our marine and coastal resources. Government is making decisions without consulting us which impact our customary rights.

We are facing threats from off shore oil and gas mining as the government has given out licenses for seismic testing in 98 % of our exclusive economic zone in our ocean. We also face threats from mining on our lands where government has handed over rights to mine and these mining companies have cut off our access to the sea in several areas.

We witness many changes in our climate including changes in seasonal rains, temperature and water levels and these impact us even more as we are so dependent on nature due to lack of adequate infrastructure and few alternative employment opportunities.

In our Zulu culture it is very important for young persons to learn from their elders.  We have a lot of traditional rituals and processes to ensure that the young ones learn the practice of ukulondaloza and other practices that enable knowledge of how to fish, to use resources from the coastal forest for medicine and traditional healing practices, how to use grass and wood for building etcare transferred from one generation to another.

Now environmental changes such as climate change, together with the way in which our resources are being managed for the benefit of a few are impacting us very negatively. Our dream is that we can participate in the co-management of our lands, lakes and forests so that we can ensure that these natural resources are managed sustainably and will be there for our children and future generations.”

Snowchange and partners will identify ways by which the Zulu fishermen can find answers to their issues and continue the dialogue between parties.