The Khanty Prepare for 2020 with a Regional Fishing Festival 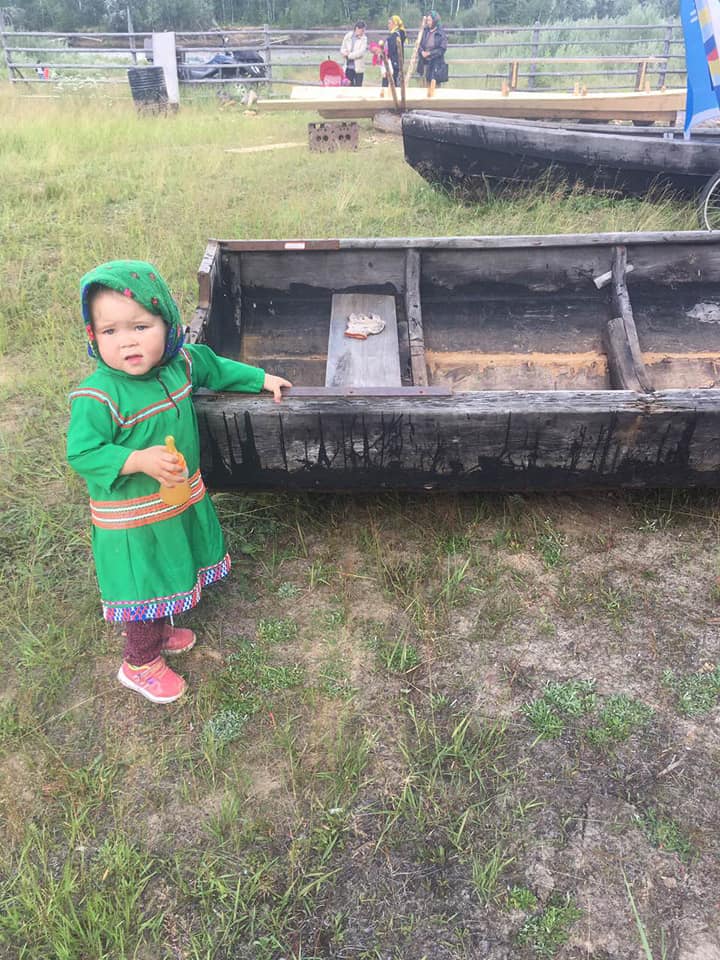 Khanty youth with a traditional boat.

Snowchange partners in Khanty-Mansia, Central Siberia have organised a regional Fishing Festival “Fishing Traditions of the Yugra People” 2019. The Indigenous community of Ilbigorskaya was one of the main partners. This is to prepare for the 2020 Festival of Northern Fishing Traditions slated for Siberia. 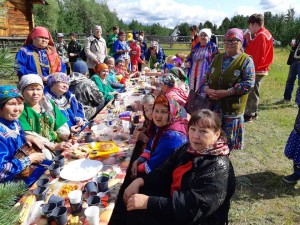 Participants of the Festival

Between 8th and 11th August the Indigenous community of Ilbigorskaya as well as the local museum organised the ”Fishing Traditions of the Yugra People” 2019 Festival. Main organisators were Rimma Potpot and Elena Fedotova. The festival included a revitalisation of traditional culture, fish handling skills, traditional boat and fish trap construction, youth work and oral history recounting by the Elders.

The Khanty are one of the Finno-Ugric Indigenous peoples of Siberia, i.e. their language has been determined to be related to Karelian, Finnish, Estonian, and especially Hungarian. Living in the Ob and other 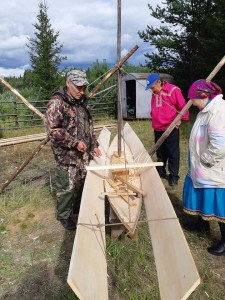 The epic songs and old tradition of the Khanty revolved around the asymmetrical Three-part Cosmos. Khanty Epic Hero-Princes of the Legends travelled back and forth in the Ob catchment area and are the sources of major national folklore. The epic songs contain timeframes endemic to the Khant culture, such as Pristine Time, Men of Former Times, Ancient Times, New Age of Khanty Men, Seven Ages of Heaven as undefined futures. 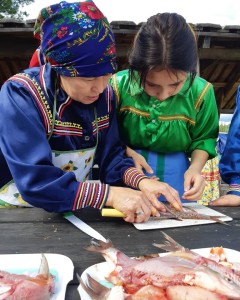 Older women taught the fish handling skills to the younger girls during the Festival 2019.

An example of the Khanty epic songs  can be found in the story of a Bride-to-be travelling as an Eagle-Owl through the various streams, rivers and currents:

Into the Sacred Waters of the Irtysh, forked like the Cleft Snout of a Stone-Fox did they fall.

The Sacred Waters of the Forked Irtysh streamed onwards –

Into the Red-watery Heroic Waters of the Konda they fell.

The Heroic Waters of the Konda streamed onwards –

Into the Sacred Tor onto which the

Younger generation of epic singers is growing up.

(from Hatto, Arthur. The World of the Khanty Epic Hero-Princes: An Exploration of a Siberian Oral Tradition. Cambridge: Cambridge University Press, 2017) 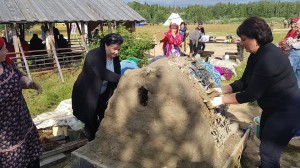 Snowchange worked with the Khanty to make the 2019 Festival possible and looks forwards to the international Festival of Northern Fishing Traditions slated for August 2020. Check back in early 2020 for visa and other logistical information. All photos by Elena Fedotova and the local organisers, used with permission.