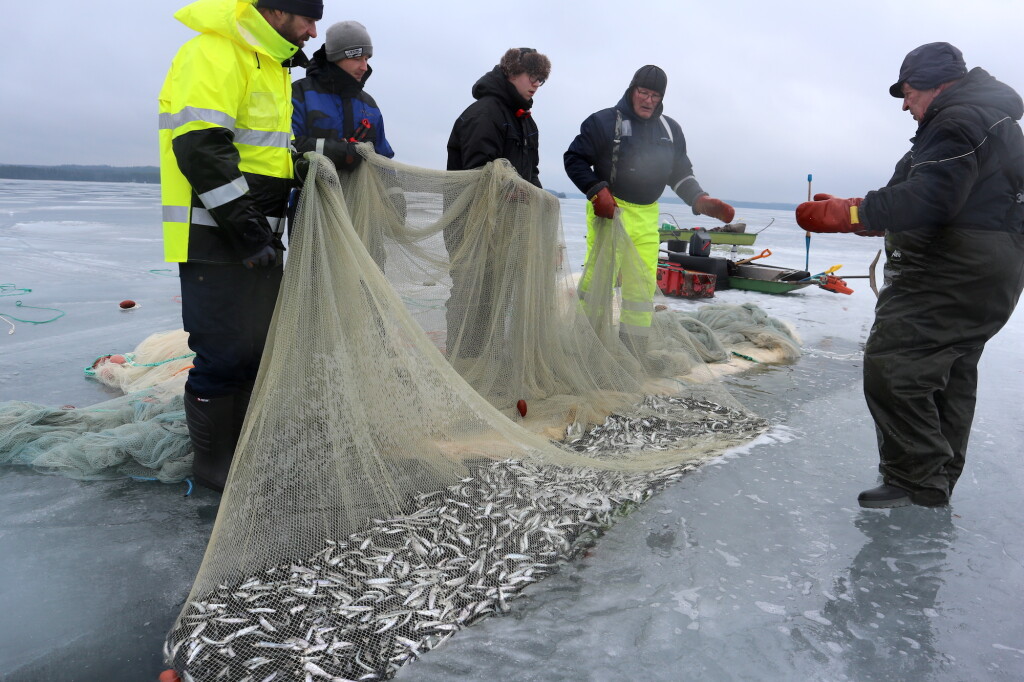 Warmest winter on records in Finland has turned to spring with black birds, lapwings and many other migratory birds on their way to the boreal and the Arctic. Seining season for Snowchange crew ended historically short but was uplifted by new fishers taking over.

In Puruvesi lake, home of the Atlantic land-locked Salmon and freshwater Saimaa seal, the winter seining is a UNESCO level traditional fishery. It is fully dependent on proper cryosphere conditions and that is why climate change affects it quickly. To put this into context the start of the seining date as per diaries on Puruvesi for seining: 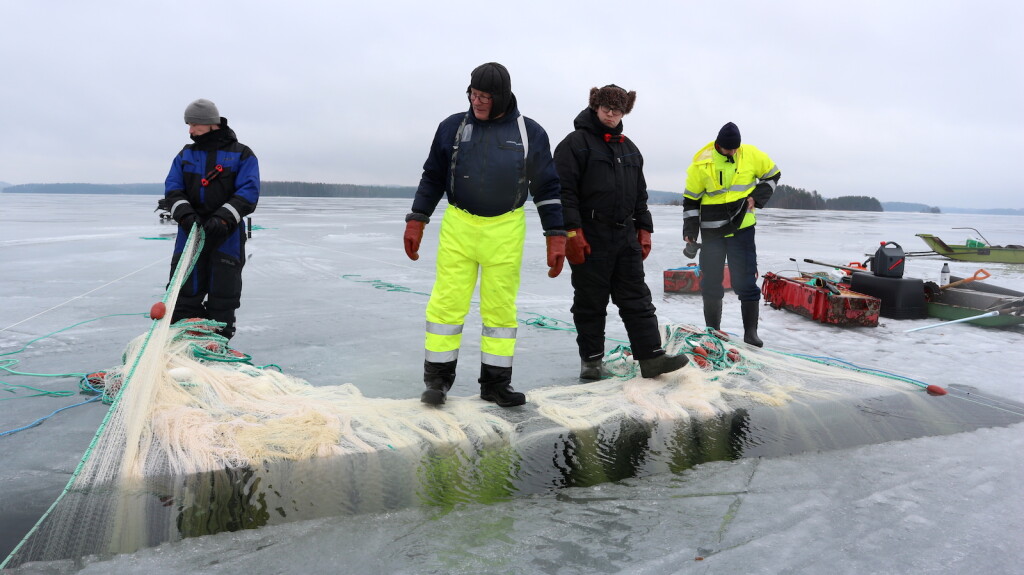 The Snowchange team on the ice.

However the persistence and motivation of young new fishermen, led by Lauri Hämäläinen, who is undergoing a training as an Apprentice to become a master seiner delivered. Joined by Antoine Scherer and Ari Parviainen as seasonal staff and Elder Markku Tervonen and another seiner Keijo Luostarinen, a short season emerged. Most plentiful catches delivered over 300 kgs of vendace at a time. 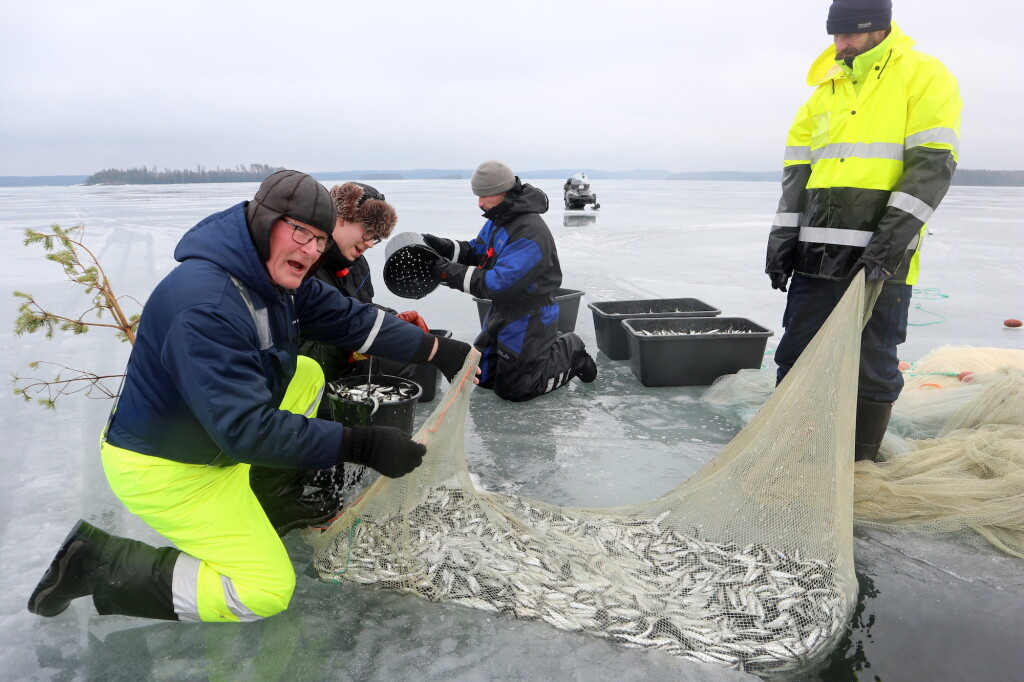 Best catch of the winter.