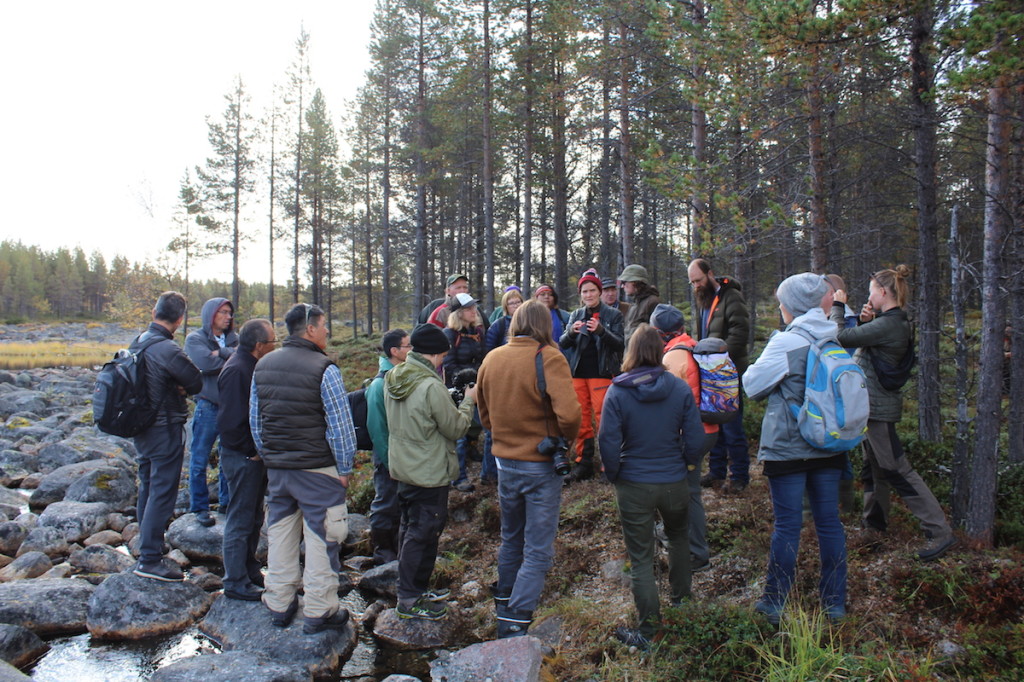 Office for Contemporary Art Norway (OCA) announces today, from the Sámi Parliament in Kárášjohka, in the Norwegian part of Sápmi, that Sámi artists Pauliina Feodoroff, Máret Ánne Sara and Anders Sunna will represent Sápmi, their Sámi homeland, and transform the Nordic Pavilion into the Sámi Pavilion at the 59th International Art Exhibition of La Biennale di Venezia in 2022. This is an historic moment: the first time that Sámi artists are presented exclusively in a national pavilion at the Biennale Arte, and the first time the Sámi are recognised as a nation in a pavilion bearing their name.

By appointing Feodoroff, Sara and Sunna to transform the pavilion, OCA Norway – the commissioner of the Nordic Pavilion for the Biennale Arte 2022 – aims to draw attention to the excellence of these Sámi artists, as well as the international relevance of their individual and collective histories. Their art emphasises the urgent situation experienced today by many Sámi – and other Indigenous people worldwide – concerning self-determination, deforestation, land and water governance. Specifically these Sámi artists engage with the struggle to maintain the reindeer herding and fishing that are central to their existence. The artists reflect upon these concerns by drawing from Sámi ways of being and knowing, producing work of great power. This makes them extraordinary within the art world of today.

The Sámi are the Indigenous people of the Scandinavian Peninsula and large parts of the Kola Peninsula, which today is divided between Sweden, Norway, Finland and Russia. Sápmi is the Sámi people’s own name for their homeland. The transformation of the Nordic Pavilion into the Sámi Pavilion is an act of Indigenous sovereignty that highlights the relationship of the artists to their homeland Sápmi, an area that pre-dates the concept of the Nordic region, and presents a pavilion that encompasses all of the lands and people of what was originally a borderless region. It is a symbolic reversal of colonial claims that have sought to erase Sámi land and culture. 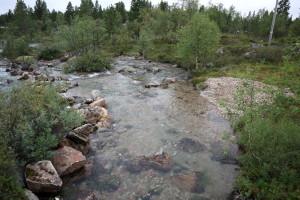 Katya García-Antón, Director of the Office for Contemporary Art Norway, lead commissioner of the Nordic Pavilion, comments: ‘The global pandemic, the impact of climate change and worldwide calls for decolonisation are leading us all to focus on alternative possibilities for our future and that of our planet. At this pivotal moment, it is vital to consider Indigenous ways of relating to the environment and to each other. The artworks of Feodoroff, Sara and Sunna in the Sámi Pavilion present compelling visions of how these relationships operate, from a Sámi perspective. As leading voices of their generation, these artists’ works counter the impact of colonialism upon their lives and, in so doing, connect with the experiences shared by so many people, Indigenous and non-Indigenous, in our world today.’

Artists:
Pauliina Feodoroff (b. 1977) is a Skolt Sámi theatre director, artist and nature guardian from Keväjäu´rr, in the Finnish part of Sápmi, and Suõ´nnjel, in the Russian part of Sápmi. Feodoroff has advocated for Sámi water and land rights in her previous role as President of the Saami Council and as an artist working to combine various fields of knowledge at the intersection of ecological conservation, theatre and film. In 2018 her cross-disciplinary project What Form(s) Can an Atonement Take used Sámi land-care practices, bringing together local and scientific knowledge to protect the waters and surrounding lands of the Njâuddam river in the Finnish part of Sápmi.

Máret Ánne Sara (b. 1983) is a Northern Sámi artist from Guovdageaidnu in the Norwegian part of Sápmi. She is known for experimenting with a range of materials and approaches that make visible the political and social issues affecting the Sámi people. Her works are often made from materials deriving from the sustainable practice of her reindeer-herding family, including reindeer bones, hides and intestines. Her installation Pile o’ Sápmi, composed of 400 reindeer skulls and legal documents, was showcased at documenta 14 in Kassel, 2017. The installation was recently purchased by the National Museum of Norway in Oslo.

Anders Sunna (b. 1985) is a Northern Sámi artist from Kieksiäisvaara, in the Swedish part of Sápmi. Sunna’s politically charged artworks narrate the history of the oppression of the Sámi people and specifically address his family’s five-decade long struggle for their land rights as forest reindeer herders. With powerful imagery and political satire, his paintings, graffiti, sculptures and installations depict how abuse of authority and power lead to the exploitation of land and natural resources, forced displacement, and racial persecution of Sámi people. Sunna was recently commissioned to make a site-specific mural for the 22nd Biennale of Sydney, NIRIN, 2020. The work made connections between the colonial project of Captain Cook and the issues faced in Sápmi.

Following the Sámi custom of learning from elders of the community, the artists will benefit from the individual guidance of the following elders: Feodoroff, will be guided by Sámi educator and professor emerita Asta M. Balto; Sara by reindeer herder and Sámi knowledge bearer Káren E. M. Utsi; and Sunna by Sámi professor of law and juoigi (practitioner of joik, the Sámi musical practice) Ánde Somby.

Commissioner
As a co-commissioner of the Nordic Pavilion in Venice, Office for Contemporary Art Norway (OCA) takes the curatorial lead of the Pavilion in 2022. OCA is a hybrid arts foundation, supporting artists based in Norway and Sápmi, founded in 2001 by the Norwegian Ministries of Culture and Foreign Affairs. OCA’s work focuses on two areas: curating (exhibitions, research trips, publications and discursive programmes), as well as funding and support (providing grants, research trips and residency schemes) to foster a two-way exchange with the international arts scene. Under the direction of Katya García-Antón, OCA has launched a deep engagement with the North – turning conventional thinking on its head to see this northern region and the Indigenous lands of Sápmi as a tipping point of thinking around urgent issues within the arts, such as the environment and social justice. OCA’s programme works to forge creative alliances that dismantle colonial and canonical pasts and presents, including those within its own institutional structures, in order to imagine new forms of being and doing for the future.