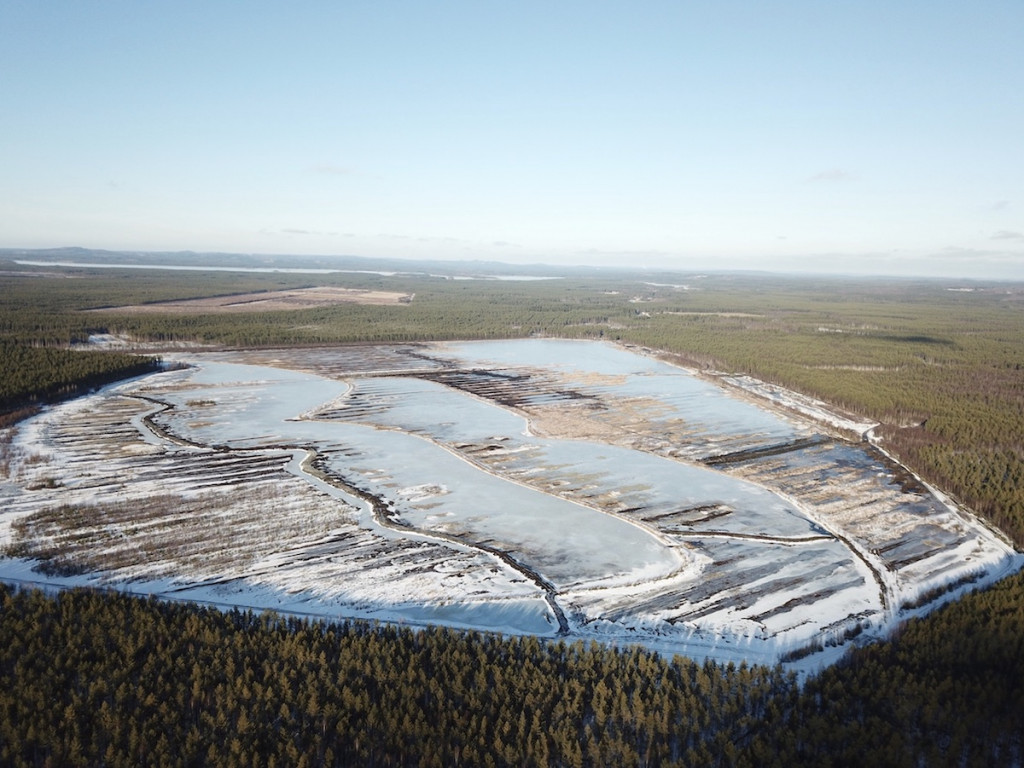 Linnunsuo peatland complex, a wetland and a degraded peatland, totaling 180 hectares, in the village of Selkie, North Karelia, Finland comes to a successful end. Rewilding Linnunsuo alleviates loading to river Jukajoki, emerges as a carbon sink and a bird paradise.

Between 2019 and 2021, over three years, Landscape Rewilding Programme of Snowchange worked to restore and rewild a large interconnected ecosystem – Linnunsuo. Linnunsuo was a site of peat mining from 1980s to 2010. Between 2011 and 2017 first round of restoration on the site was conducted with the formation of three large wetlands. However, much of the acidic iron sulphate soils remained out in the open, continuing the risk of acidic discharge to downstream river Jukajoki. 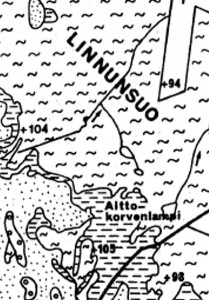 Between 2019 and 2021, with a partial support from the state restoration fund and Landscape Rewilding Programme, totaling 280,000 €, Snowchange teams created several new wetland units, expanding wetlands up to 90 hectares, and rewilded the associated northern degraded peatland, 73 hectares.

Alleviating iron sulphate risks from acidic soils is one of the most complex issues in water management and restoration globally. Snowchange has co-learned solutions in the Indigenous-led restoration of East Trinity Reserve in Queensland, Australia for solutions over the years. The essentials are that all acidic soils have to remain underwater.

Another relevant feature of the project was the inclusion of traditional knowledge of the villagers of Selkie along with science in design, observation and implementation of the project. This points to Linnunsuo as an internationally relevant example of merging science and traditional or Indigenous knowledge, where applicable, in practice. 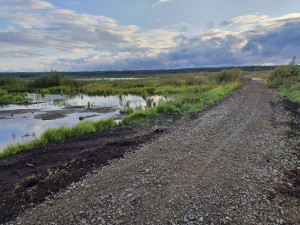 Now, after a full decade of rewilding and intense three years of scaling up, the results are here. Firstly, Linnunsuo is now safe for the waters – acidic discharges are unlikely and river Jukajoki is safe as far as we know.

Second, Linnunsuo and the northern rewilded peatland are preventing now massive amount of carbon dioxide from being released to the atmosphere. In time, they emerge as natural powerful carbon sinks again.

Thirdly, Linnunsuo has emerged as an internationally relevant bird and biodiversity hotspot. It is co-managed with the local villages and hunters. Over 195 bird species, wolverines, otters, moose, red fox and other species, as well as rare amphibians and pollinators have returned to Linnunsuo. 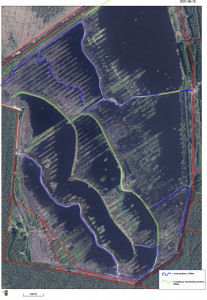 Whilst Linnunsuo is not the post-Ice Age pristine peatland it once was, the success of merging traditional knowledge and science into one for the benefit for all has now, after three intense years, resulted in a safe haven for several species and increased the well-being in the villages.

Linnunsuo is also an important symbol of traditional knowledge -driven rewilding across Finland because it was the first site of the Landscape Rewilding Programme, begun in 2017, that today covers over 28,000 hectares and 41 sites across Finland, including Sámi Indigenous rewilding sites. All of the actions of the Landscape Rewilding Programme are all not-for-profit with no climate compensation or financial gains.