In 2002 the Tribal Council of Unalakleet and Snowchange signed a far-reaching partnership on climate change documentations. Since those times, the Inuit of Alaska and Snowchange have continued to cooperate on a number of events and issues. 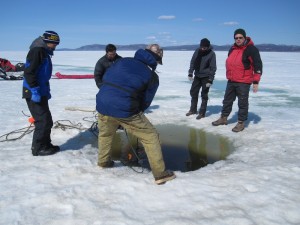 The 2002-2009 oral history work in Unalakleet has been captured in the publication ‘It Has Been in Our Blood for Years and Years that We are Salmon Fishermen’.

The themes of the oral history work include 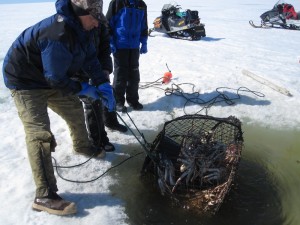 The Unalakleet work has been maintained and expanded in the late 2010s with staff member Brie Van Dam coordinating. Oral histories, science surveys and a large synthesis framework is expected to be released in 2020. 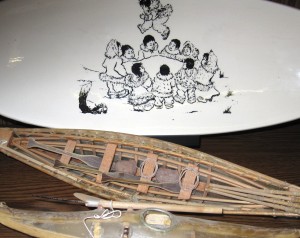 Alaska Native Science Commission, ICC, Northern Forum, Snowchange and many tribal organisations worked to organise the large pan-Arctic summit ‘Snowchange 2005′ in Anchorage, Alaska, USA in September, 2005. The event was a great success. The Conference Report ‘Stories of the Raven‘ was released in late 2005. 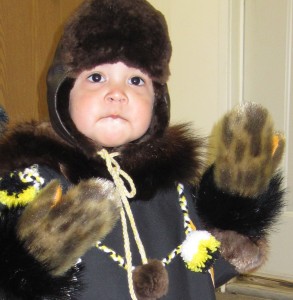 The Selkie school, North Karelia, Finland and the Bering Straight School District with the school of Unalakleet has worked since 2008 to include traditional knowledge materials to the curriculum of the schools. Regular emails, joint projects and SKYPE connections have been complemented with exchanges in 2008 and 2010. In January 2020 Snowchange and the school of Unalakleet released “Children Painting the Future” web exhibit about the future they see.

Inuit Circumpolar Council-Alaska communicates with Snowchange, especially regarding the Arctic Council issues, on a regular basis. We have also worked with prominent Inupiaq leaders, such as late Charles ‘Etok’ Edwardsen and Victoria Hykes-Steere.