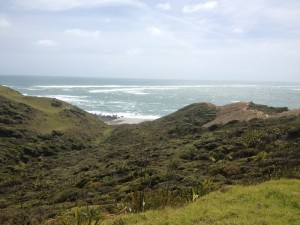 Since 2002 Snowchange established links in the Oceania and South Pacific. Work has grown every year.

Partnership with the Maori of Aotearoa

Snowchange has worked with the Maori since 2005. Our main partner is the Maori Research Unit of the New Zealand Institute of Water and Atmospheric Research – NIWA-Taihoro Nukurangi. Darren King and Apanui Skipper participated in the World Expo 2005 in Japan with Snowchange which launched this connection.

Visits to Finland and Aotearoa have been made in 2007, 2008, 2014. The world-class work of the Maori Research Unit, and the Climate and Maori Society provides a crucial peer-mechanism for Snowchange traditional knowledge and climate change work. Please also see the new Vision Matauranga/Deep South Challenge. 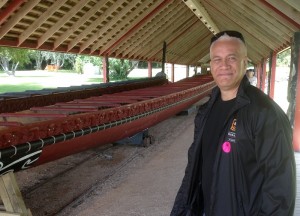 Apanui with the long War Canoe at the Waitangi Treaty grounds. Darren King, 2014

Since 2008 community partnership has existed with Tongaporutu. In 2018 and 2019 the community agreed to significantly expand their cooperation with Snowchange with visits to Finland and Aoteoroa. Snowchange and Tongaporutu plan to widen their efforts on global rewilding in 2020.

Darren leads the Maori Research Unit of National Institute of Atmospheric and Water in Aoteaoroa. Snowchange, 2014

In 2008 Snowchange teamed up first with the Traditional Knowledge Revitalisation Project, led by mr. Victor Steffensen from the Mulong Corp. 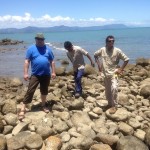 With the rangers on a thousands of years old fish trap on the Coral Sea. Victor Steffensen, 2014

Mr. Steffensen specializes in community-led attempts to revitalise traditions and ways of life across Australia. He is also an Indigenous knowledge holder, especially regarding fire traditions. He has worked with Snowchange and Skolt Sámi in the Näätämö basin to document climate change and biodiversity issues. Sámi and Finns have visited Australia in 2012, 2014 and 2016. Mr. Steffensen was also instrumental in initiating the exchanges and collaboration between Snowchange and the East Trinity Reserve on the acidic soils ecological restoration work connected with Jukajoki river in Finland. 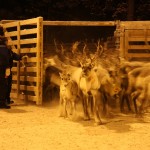 Mr. Steffensen took part in the Skolt Saami round up of reindeer, December 2009. Snowchange, 2009 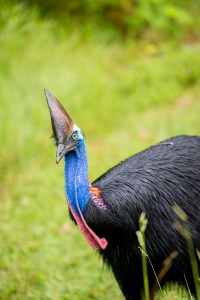 We have also worked with various scholars and partners in the South Pacific and wider region, including Randy Thaman from Fidzi in 2002, Pene LeFale on climate change and Samoa as well as documentation of Hawaii traditional knowledge. These connections have been summarized in Snowscapes, Dreamscapes book.