Mourning the Loss of a Prominent Indigenous Knowledge Holder from Siberia 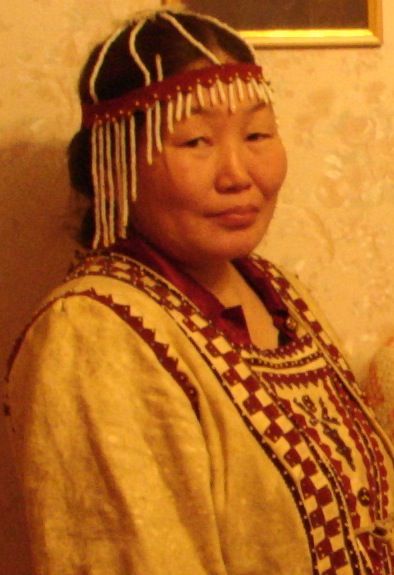 Snowchange Cooperative joins the village of Iengra and the Evenk families in mourning the loss of a prominent traditional knowledge holder, mrs. Oktjabrina Naumova. She passed away last friday, 10th April, 2015 in Republic of Sakha-Yakutia, Siberia, Russia.

Mrs. Naumova worked in various positions in the village of Iengra, including teaching at the school. She was masterful in Evenk traditional handicrafts. Snowchange worked with mrs. Naumova to organise the international conference Snowchange 2007: Traditions of the North in Iengra and Neriungri.

Additionally mrs. Naumova was a co-researcher in the Snowchange oral history work in Iengra between 2005 and 2010 carried out according to the wishes of the Evenk leadership and the Institute of the Indigenous Peoples, in Yakutsk.

Mrs. Naumova was also internationally known for her work to assist on the of the most powerful traditional knowledge holders, Elder Vasiliev from Iengra. Mr. Vasiliev passed away in Autumn 2013. Together they travelled in many parts of Russia and foreign countries, including the UK, sharing the Evenk traditions and culture in many events and occasions.

Snowchange sends condolences to the family and relatives of mrs. Naumova, on behalf of the whole international network of communities and peoples in the movement. We will make sure the lifework of mrs. Naumova is carried on, for example in the future plans to create the Evenk Atlas of Iengra.