Mourning the Loss of a Chukchi Leader, Elder Jegor Nutendli 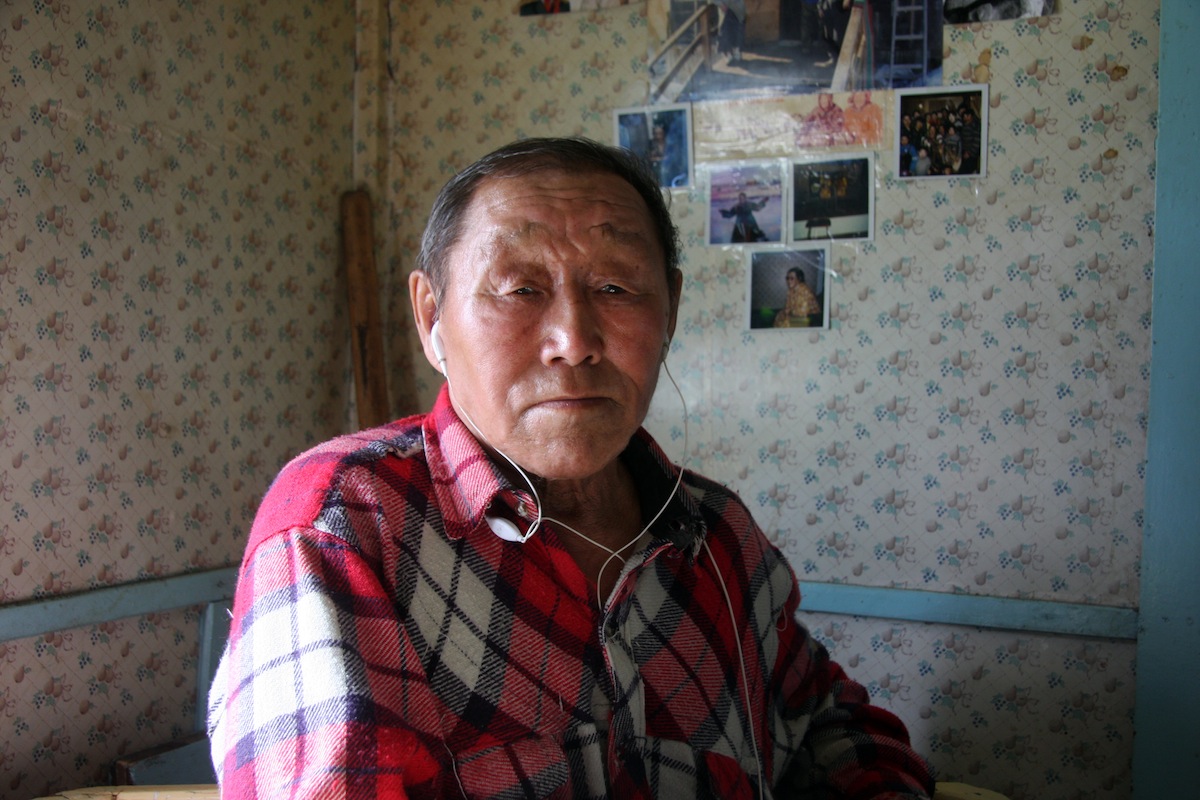 The Snowchange Co-op joins in mourning for the loss of a prominent Chukchi leader, Elder and a Grandfather, reindeer herder mr. Jegor Nutendli.

Mr. Nutendli spent all of his life in the Lower Kolyma region, Sakha-Yakutia, Siberia, Russia. He worked there as a reindeer herder and was one of the prominent knowledge keepers of his people, together with his late wife, Akulina. Together they had several children, grandchildren and great-grandchildren. Mr. Nutendli was well-known story-teller, traditional singer and oral custodian of the Chukchi lore. He spoke several regional Indigenous languages.

Mr. Nutendli worked with Snowchange for over a decade from 2005 to 2015. He shared his traditional knowledge, observations and lifeways of the Indigenous societies of Sakha-Yakutia, especially Kolyma region. With utmost clarity he recalled stories of the ‘American’ trade in the region in the early 1900s, life in the tundra in full nomadic times, and the transformations of the 20th century around him. His observations and oral histories of climate change contributed to several peer-reviewed science monographs and articles.

Together with his wife, Akulina, mr. Nutendli made strategic choices to ensure the survival of the Chukchi and other nomadic societies of the tundra. Immediately when the new freedoms of 1991 emerged at the end of the Soviet era, they together founded the base camp of the Nutendli nomadic community in Krasnushka, on the Eastern banks of the mighty Kolyma river, the lifeblood of his people. The reindeer herd of Nutendli traversed the tundra and Krasnushka provided a home base for Jegor and Akulina in their later years, to seamlessly work with the herds, but at the same time have a place for their own.

In 2005 Nutendli community established the first nomadic school and kindergarten in the region. Again, mr. Nutendli and his wife Akulina, worked to take pilot steps in establishing remarkable models of Indigenous education through the nomadic school – their children and relatives learned the best of the Russian curriculum while at the same time were fully immersed in the daily routines, culture and wisdom of the Chukchi nomadic lifestyles.

Words cannot express enough the loss world experiences, when mr. Nutendli is no longer here. Snowchange Co-op and our nomadic member communities in Kolyma, as well as the wider Snowchange network of communities globally commits to advancement of the work of Akulina Kemlil and Jegor Nutendli, two Indigenous leaders, whose life work spans almost a century, but whose legacy will live forever in the survival and prosperity of their communities in the tundra of Kolyma.