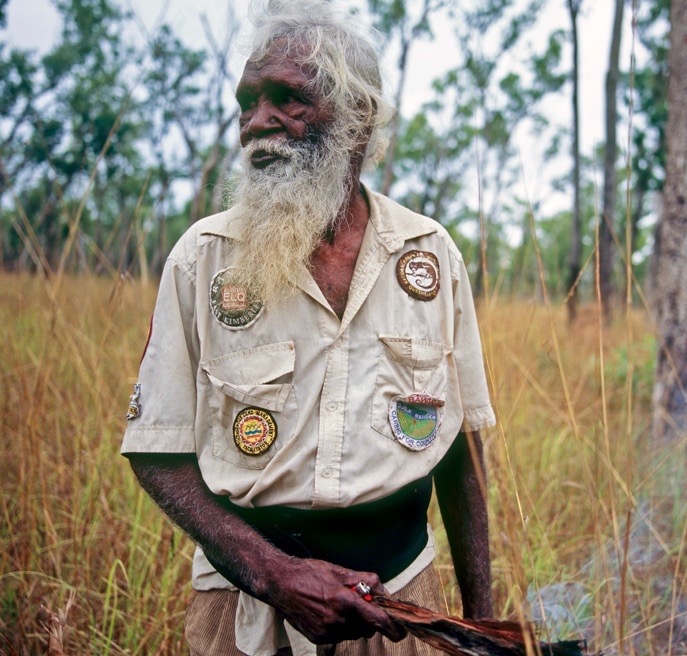 Growing up to the Indigenous bush life in early parts of the 1900s, Doctor Tommy George later emerged as an eminent person of wisdom and knowledge in Northeastern Australia, Queensland, on questions of traditional culture, hunting, lifeways and Country of the Indigenous Australians. He was known especially for his extensive Indigenous knowledge on traditional land and fire management. He resided in the community of Laura for many decades.

Since 1990s Doctor Tommy George went on to co-found the Traditional Knowledge Revival Pathways – TKRP, later Mulong Corp, led by mr. Victor Steffensen. Central to the idea of this initiative, as visioned by Doctor Tommy George and other Elders, was that the Indigenous Australian communities are well-positioned to revitalize country, culture, language and ways of life by documenting themselves these skills and oral histories in video, audio and online solutions. Snowchange and several Sámi communities exchanged these methods from 2008 onwards, leading for example to the Näätämö Co-Management Project documentation of Indigenous knowledge in Northern Finland. An example of this work and Dr. Tommy George can be seen in the short film “Sugar Bag“, available online here.

Mr. Steffensen then proceeded to apply this model successfully across Australia, including re-starting traditional fire management and burning practices that had been lost in some communities for decades. He continued to be tutored by Dr. Tommy George and together they reflected on the work and lessons learned to perfect this work. Doctor Tommy George was awarded a Honorary PhD for his efforts and knowledge in the 2000s. Mr. Steffensen commented on the situation today: “Old Man Tommy George has passed away today. He is a legend to our people and special man that has inspired many of us to do the work we do today. I want to share these news with you and your thoughts on this special day for this amazing man.”

It is this bright burning flame of the legacy of Doctor Tommy George that Snowchange and our allies at Mulong and across Australia will cherish, maintain and renew to make sure this unique Elder and man will never be forgotten.