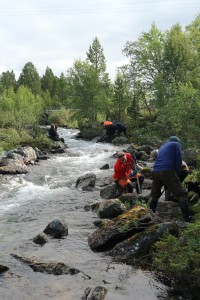 This unique Indigenous-led climate change work has received significant new support. From 2018-2019, actions will be expanded on all fronts. In December 2017, the Kone Foundation in Helsinki, Finland, provided a grant of approximately 680.000 euros. A major part of the grant will support the co-management work as part of a larger initiative/grant to support Sámi communities in the region.

Skolt Sámi Pauliina Feodoroff leads this project, whilst the Snowchange Co-op is responsible for the scientific and ecological restoration aspects of the work. In short, new support from the Kone Foundation will enable: 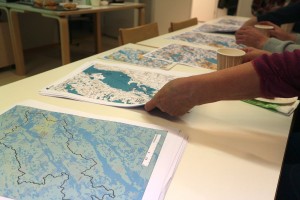 Co-management efforts in the Näätämö/Neiden watershed started in 2011, when the Indigenous Skolt Sámi and Snowchange Co-op initiated research and actions to combat the negative impacts of climate change. A central concern for the Indigenous Sámi was the fate and survival of Atlantic salmon in the context of drastic changes underway in the Arctic and their local impacts.

Between 2011-2017, baselines of change, community-based monitoring and scientific analysis led to a realisation that the restoration of altered sub-catchment areas and ‘lost’ spawning sites would provide a central answer to mitigating the impacts of climactic changes. The Sámi felt that by providing safe havens and renewed space and sites for the salmon, trout, grayling and other cold water fish across the catchment area, they would have a better chance of adapting positively to shifts in the river system. 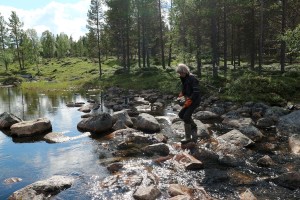 In summer 2017 the very first ecological restoration led both by Sámi indigenous knowledge and science took place. The spawning areas of Kirakkakoski rapids as well as the Vainosjoki altered stream were partly restored. In October 2017 community-based monitoring reported that trout had returned to spawn at restored sites on Kirakkakoski rapids.

The Näätämö Co-Management Project has also gained significant international and scholarly attention. It has been featured in the Arctic Resilience Report, Science journal, Biological Reviews as well as media sources such as National Geographic and Take Part. A central feature of these news stories and scientific articles has been the fact that Sámi themselves are taking meaningful action on climate change using their own knowledge, as well as science, with concrete results.

The Näätämö work has provided a new analytical window through which to view and respond to Northern climate change – by addressing the damages of the past century the future decades will be more resilient, both for the people and for the ecosystems.