Chukchi Lady Who Fought Climate Change Passes Away in Siberia 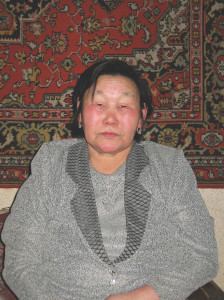 Anna Aleksandrovna Kaurgina, a Chukchi Elder from the village of Kolymskaya, Sakha-Yakutia, Russia, has passed away. Between 2004 and 2019 she was a leader in a fight against climate change and for revitalisation of the Chukchi nomadic lifestyle and traditions. Kaurgina conveyed the gendered Indigenous knowledge of the tundra and the Earth to generations of Chukchi as well as scientists and allies. Snowchange joins in mourning of a loss of immense proportions.

Anna Aleksandrovna Kaurgina was born to a Chukchi nomadic reindeer herding family in the tundra in Lower Kolyma area, Sakha-Yakutia, Russia in 1943. She did not know her parents too well, but was raised by her aunt and her family. Her uncle Yakul was a famous spiritual person in the region.

After a lifetime of reindeer herding Kaurgina retired officially from the nomadic lifein 1990s. She continued to visit the tundra all the time even after the retirement. She was widowed in 1997. However the over 20 grandchildren she had by 2010s brought immense pride and joy into her life as well as her own daughters and sons. The eldest son, Pyotr, rose to international arenas in 2000s to convey messages of a changing Chukchi homeland. 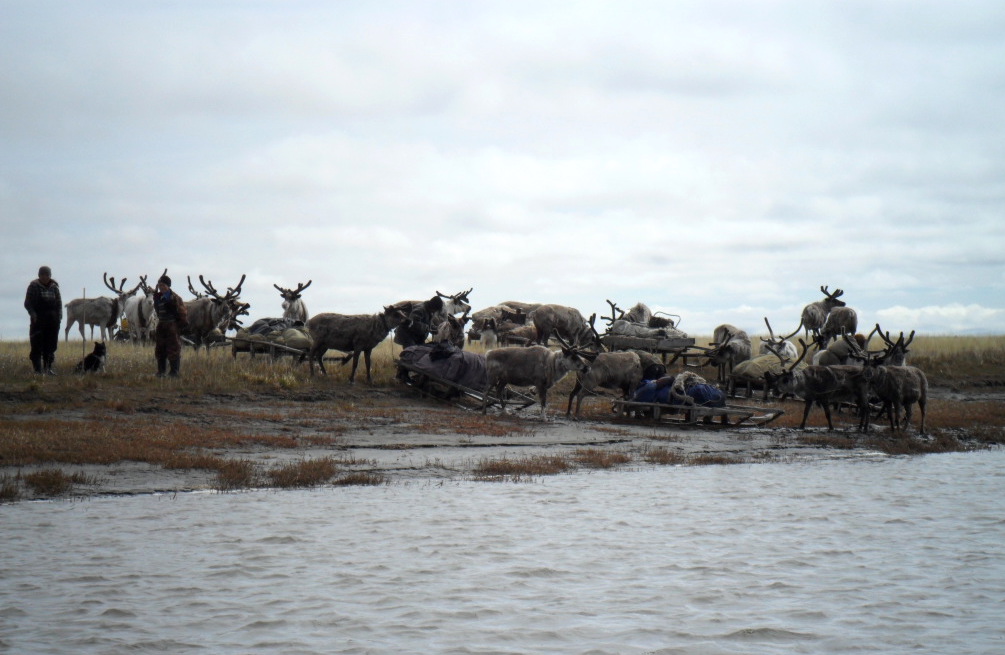 Chukchi nomads of the Kolyma area, 2010.

Anna Aleksandrovna Kaurgina mastered the Chukchi traditions and Indigenous knowledge, especially women’s knowledge. She was fully immersed in the local dialect of the Chukchi spoken in Yakutia, and as well was one of the few people who conveyed, using oral histories, the Chukchi traditional calendar and the starlore stories. She said often that: “It is more important to learn Chukchi language first and only then the traditions.”

Between 2004 and 2019 Kaurgina worked with Snowchange and the communities of Nennen and Turvaurgin to assess and respond to a new phenomenon that had not been seen before in the Chukchi homelands – rapidly proceeding climate change and permafrost melt. 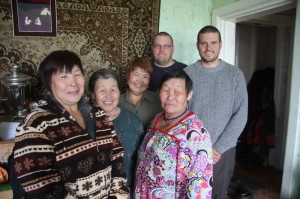 Adamant in her understanding that the Chukchi and her family would come through these changes as so many others in history, she proceeded to share knowledge, observations and wisdom through the years. These materials were then conveyed to the Arctic Council, Intergovernmental Panel on Climate Change, Russian and Arctic governments, and science forums.

As a basis of this work she conveyed in 2006: “We feed the land (give offerings) so that it would take care of us. We salute the south, north, east and west. We also throw the offerings to the sky too so that it would carry us and our children.”

One of the methods to combat climate impacts and reform nomadic lifestyles in an orderly fashion that mrs. Kaurgina initiated was the solar panel training for women in Kolyma region and the further establishment of nomadic schools as a vehicle for maintaining presence and life on the land and reform of the reindeer life. She wanted especially young women to re-engage with and return to the life in the tundra.

Anna’s cosmology was built on the understanding of a cyclic universe. Now it has become her time to travel on. Snowchange recognizes her lifework, knowledge and vision and we will maintain the directions she gave the Chukchi to survive this century: “Nature has soul. Body rests when you are in nature. It is wonderful to walk on your own land. When we visit other peoples lands we always offer our greetings to these lands so that nature would receive us well, that it would not be a blizzard or other troubles.“