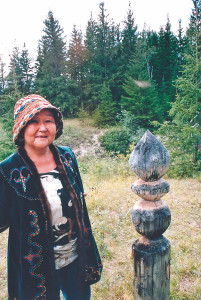 Galina “Keptuke” Varlamova was born in 1951 to an Evenki nomadic hunter-reindeer herding family in the Amur region of Siberia, Russia. Between 1969 and 1974 she was trained in the Herzen Institute in St. Petersburg where she acquired skills as a folklorist and accomplished linguist.

Keptuke went on to publish several scientific monographs, fiction and shorter pieces of scholarly and fictional material over her productive career. She defended her Russian Doctoral Thesis in 2002. Professionally she associated with local Siberian Branch of the Russian Academy of Sciences, especially the Indigenous Peoples Instutute.

In her scientific work Keptuke discussed the varied genres of Evenki folklore, traditions, beliefs and fairy tales. Because of her analysis we have a clear understanding of the systematic categories of the oral traditions of the Evenki. However, Keptuke was not confined to office work – together for example with Anna Myreeva she led expeditions to Iengra and other Evenki settlements in Yakutia already in 1980s.

Snowchange started to work with Keptuke in 2004. She was one of the founding and guiding scholars on the work of the Evenki oral histories of climate and ecological change under Snowchange Yakutia work that has focused on Iengra and Zhigansk communities. Keptuke presented her materials for example for the Snowchange 2005 Conference in Alaska, USA where Doctor Tamara Andreeva gave the presentation of the oral traditions of the Evenki.

In subsequent years we worked with Keptuke and her colleagues to compile materials for the Evenki Atlas. The first version of the atlas is now online and we expect to expand the materials of the atlas over the next years to make sure the lifework of Keptuke will be kept and cherished. 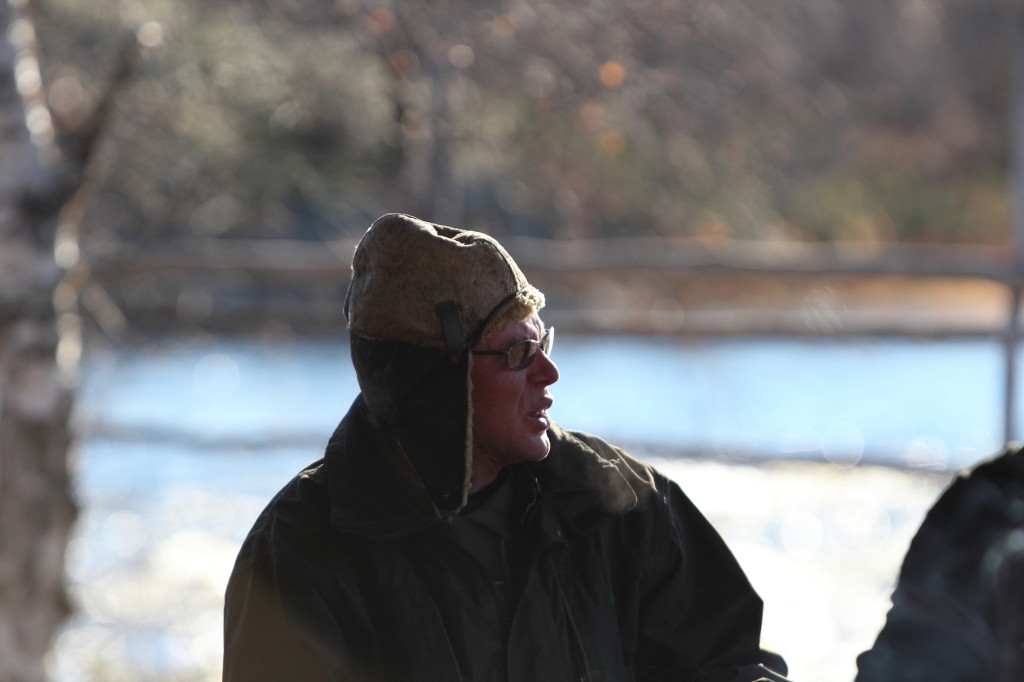 In early July we also learned of the passing of the knowledge holder, hunter, fisherman, Teijo Feodoroff from Sevettijärvi, Finland. Teijo was a Skolt Sámi and was born in the community. He worked with the Näätämö Co-Management Work from its inception in 2011.

Teijo practiced Sámi traditional lifeways including ptarmigan hunting and fishing in all of its forms from net fishery to fish traps and seining. He had acquired those skills from his grandfather and father with whom he fished on lake Opukasjärvi in the Näätämö stream. Already at the age of 10 Teijo mastered the traditional rulla lure fishering for Atlantic Salmon.

During the work for Näätämö Co-Management Work Teijo was able to convey a range of significant observations and Indigenous knowledge to detect rapidly advancing climate change and shifts in the health and habitats of Atlantic Salmon. For example the size of the smaller salmon returning to the stream according to him had diminished. He was especially concerned about the impact of the mining activities in Kirkenes to the health of the incoming salmon. Rhythms and spawning times of the salmon were clear to Teijo as a part of the greater tapestry of life and cycles of nature.

Perhaps of most relevance were the customary rules and laws that Teijo mastered, unbroken amongst the Skolt Sámi. They contained knowledge of how to treat the river and lakes, how all parts of the fish should be used and in times of scarcity there was a need to limit the catches to make sure that Skolt Sámi will not take more than nature can provide. 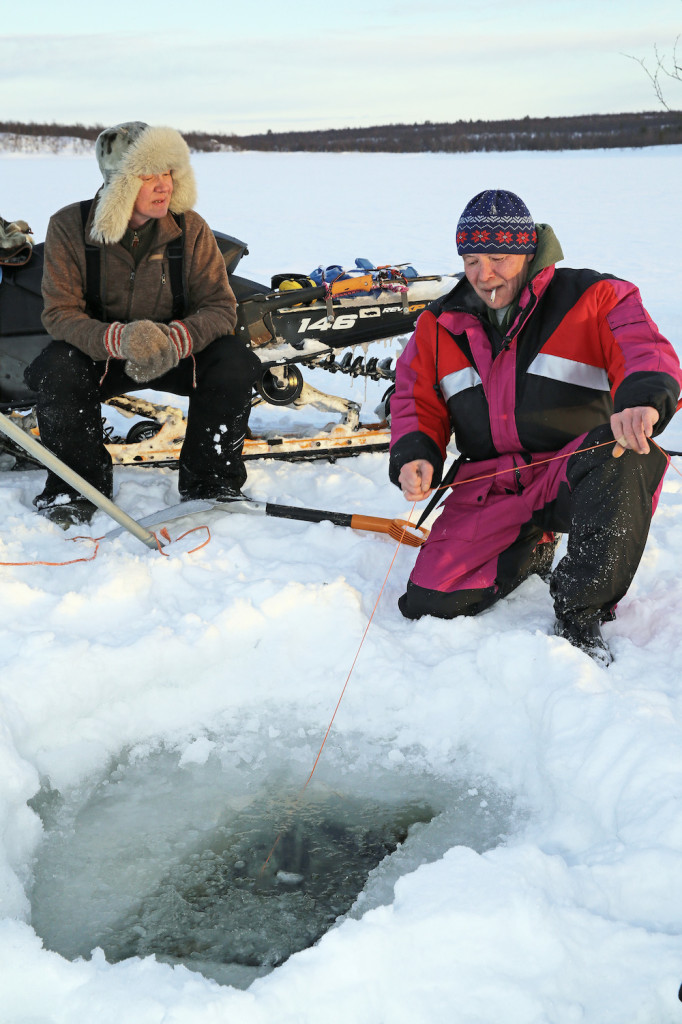 Teijo was a co-author and contributor to over six international peer reviewed papers and range of monographs. This included the high ranking Science journal. We can determine Teijo achieved the level of a doctor based on his Indigenous knowledge of his homeland.