Posted on February 4, 2020 by Snowchange 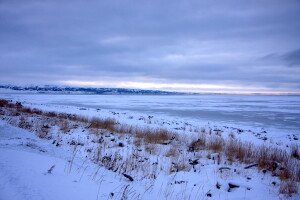 Snowchange has been working with the Tribal Village of Unalakleet for close to 20 years on Indigenous knowledge and science of climate change.

In order to see how the children in their community see their situation and things to come, we publish their paintings of the “Future Unalakleet” as a web exhibit to celebrate the vision of the young at the time of immense change in Norton Sound and Alaska. 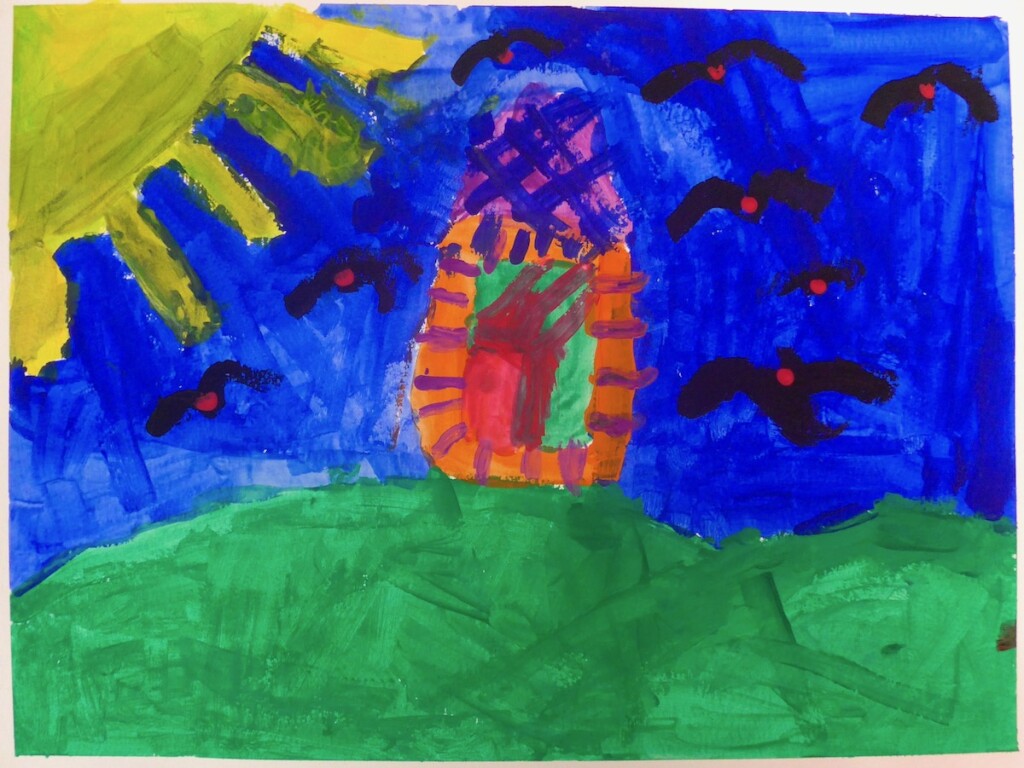 Turi: “In the future I think it will look like one house on the hill and the rest in town. The hill will be bright green it will be really pretty I hope. I will live in that house with my kids. We will go to town every day and it will be very fun.” 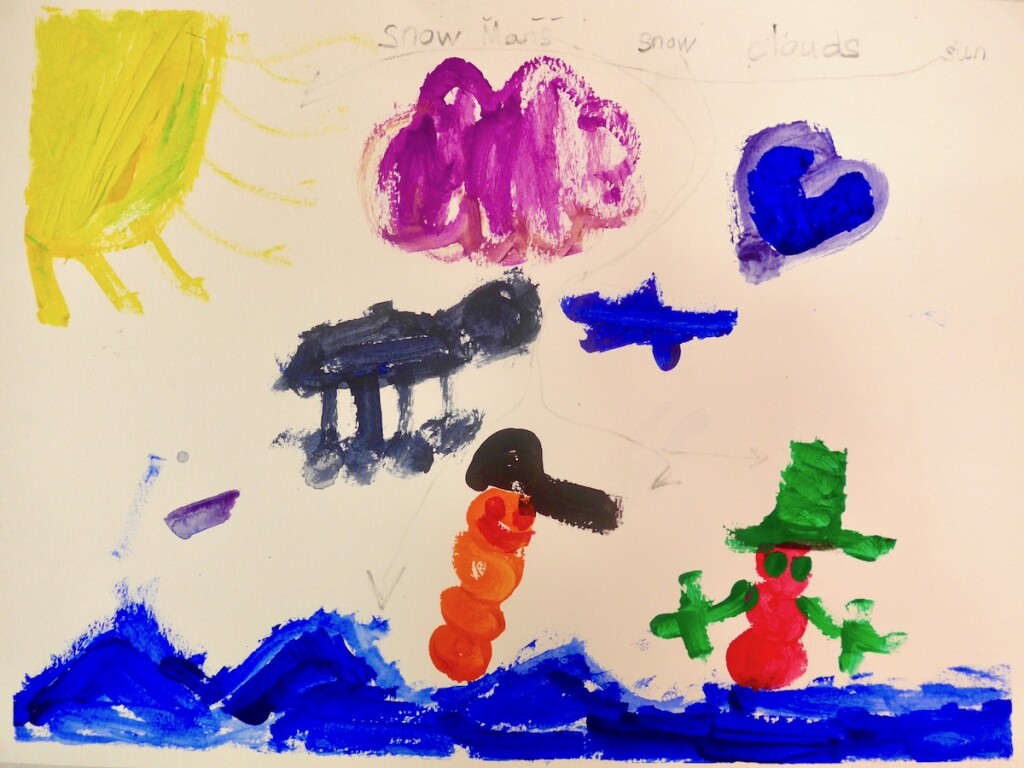 Brendan: “I put snow, snowmans, and clouds. There are shapes and animal clouds. I put the sun. In the future it’s going to snow a lot.” 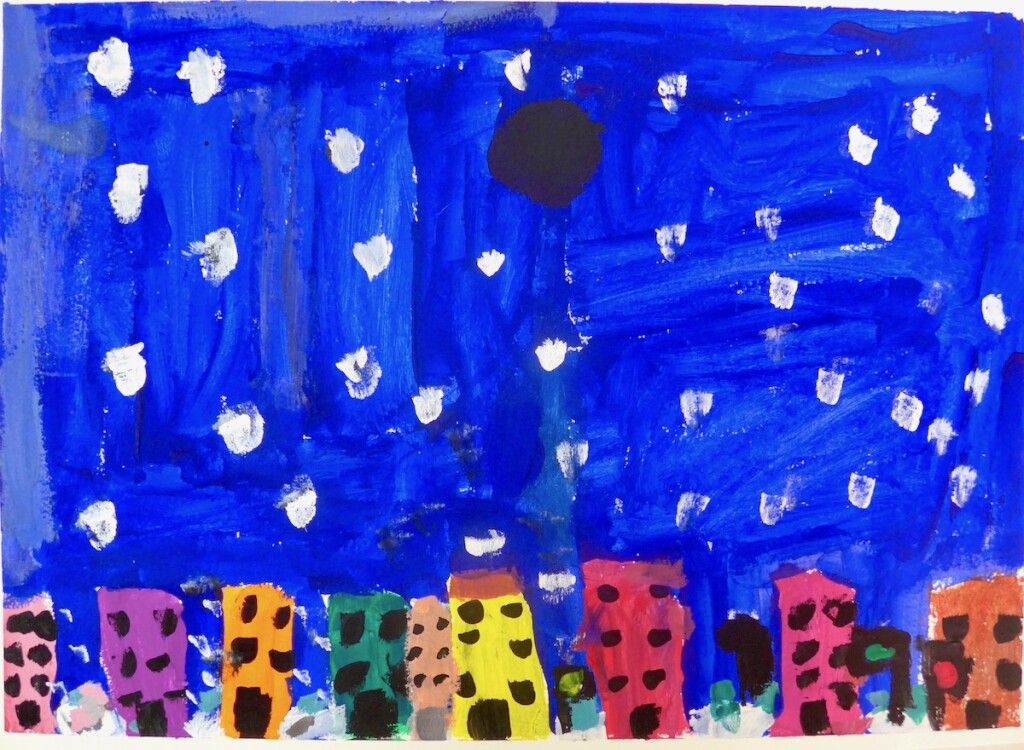 Caelyn: “Snow Night: My painting is snowing at night. The black thing is the moon but clouds are blocking it. And people could paint their house any color. There is stop, go, and slow is yellow stop signs.” 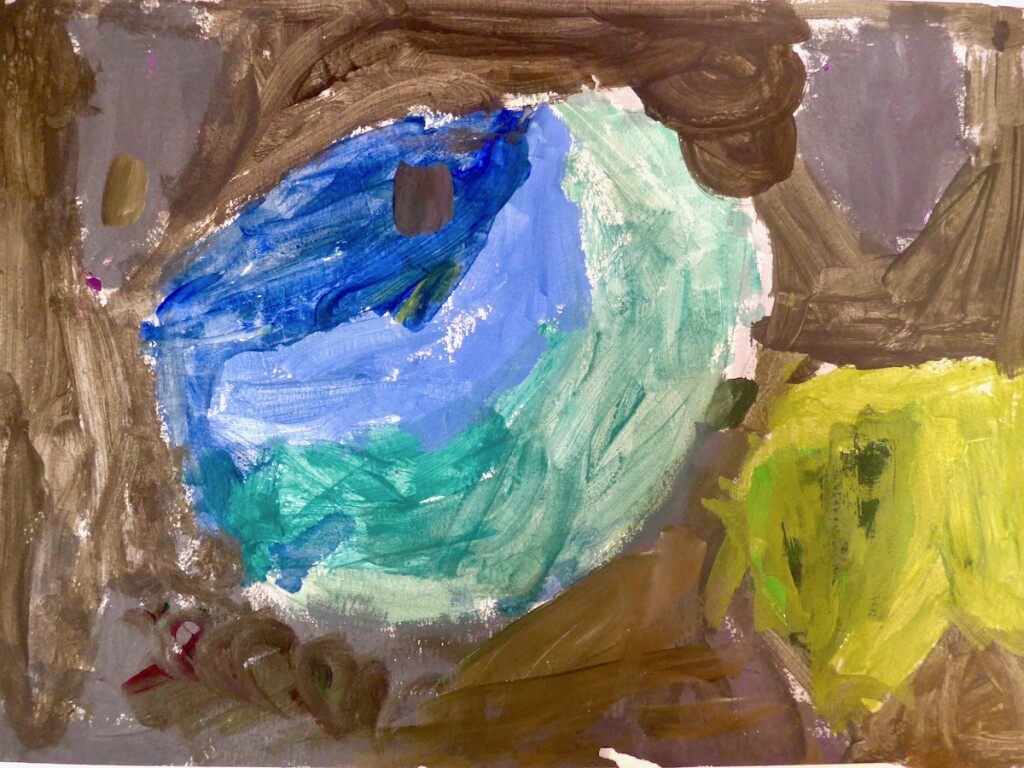 A painting by Eli 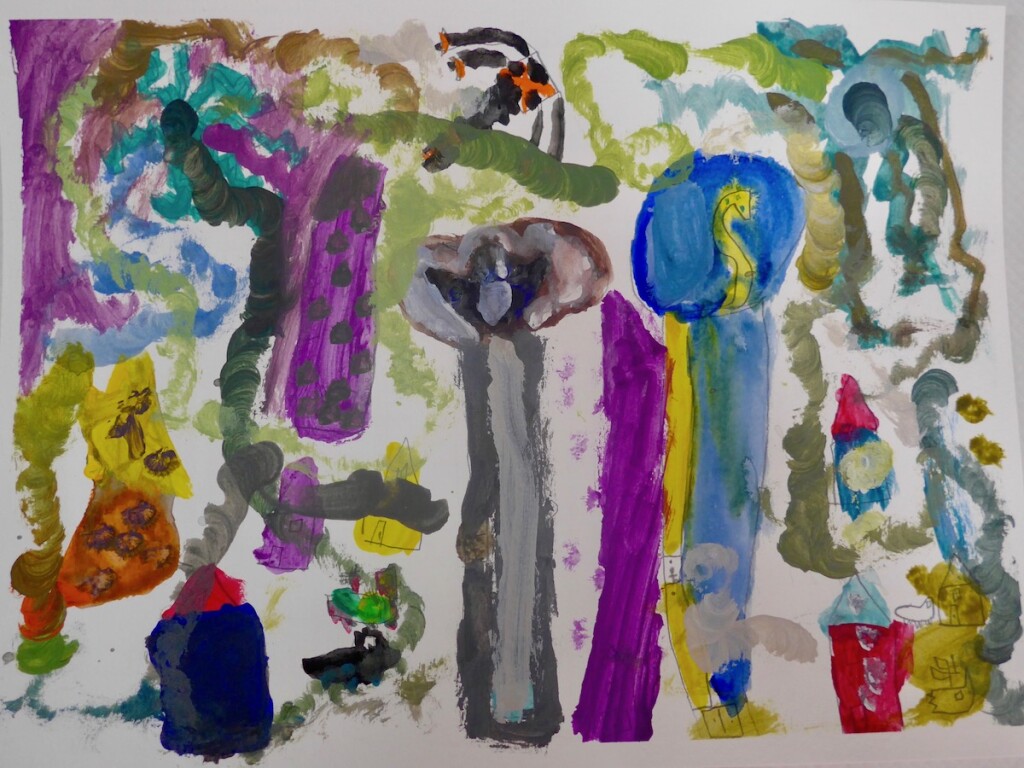 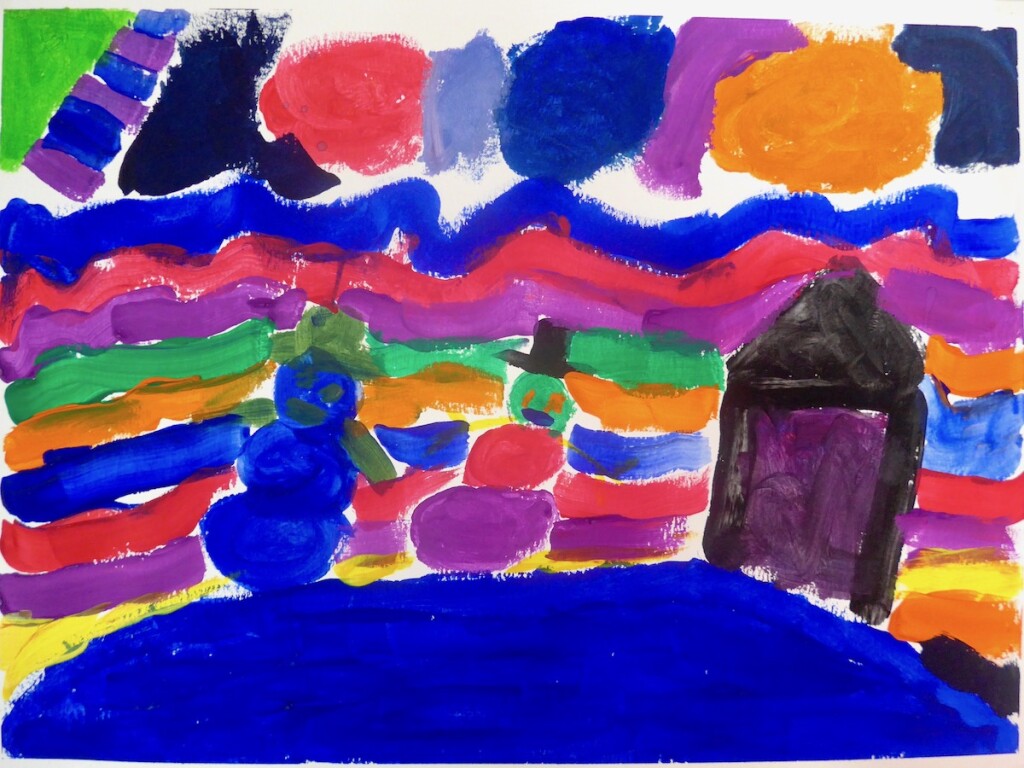 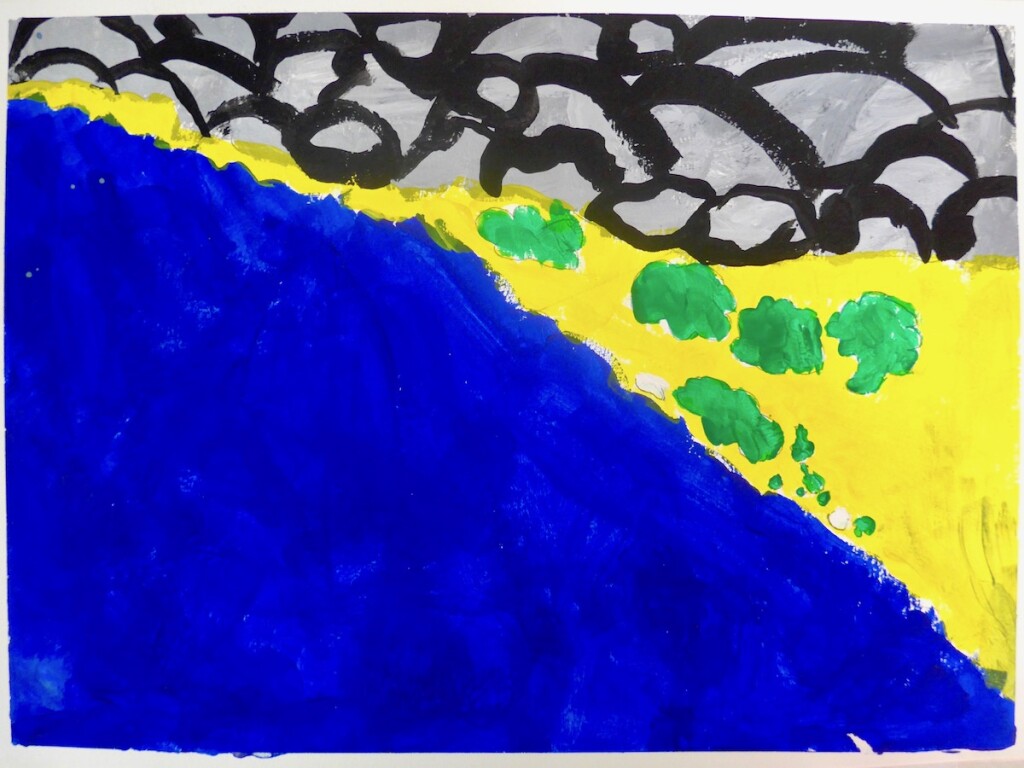 Kiiriq: “The Beach: In the future I think the ocean will get higher.” 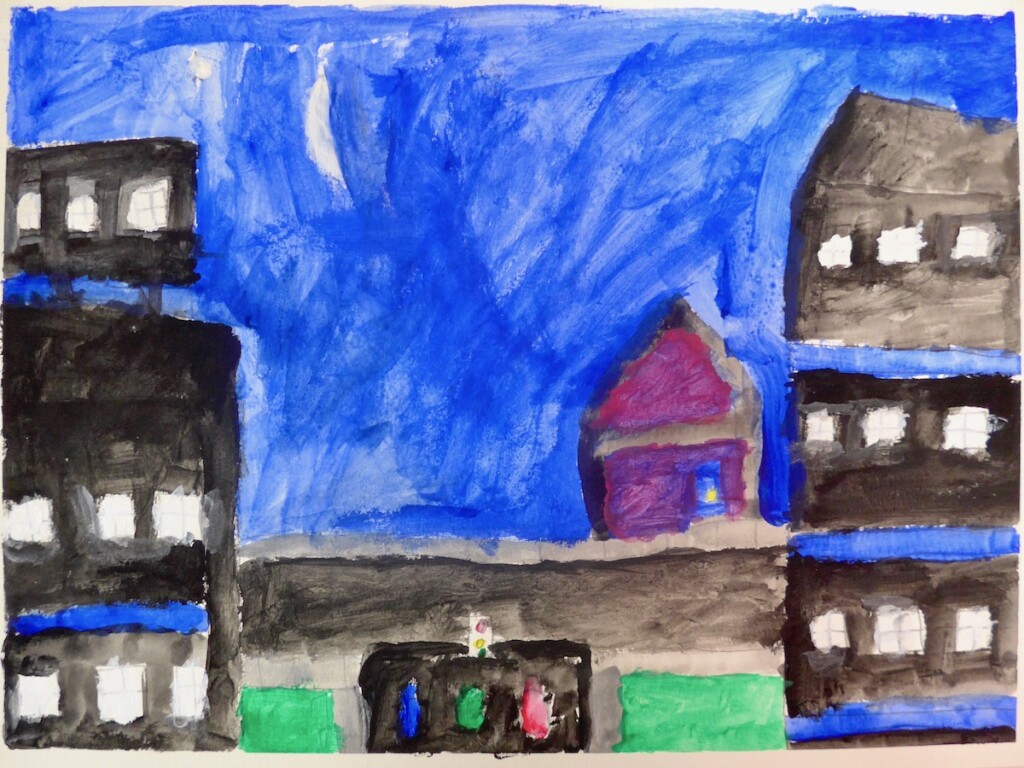 The visions of the children as painted tell of a future of multiple-coloured snow, sea level rise, urbanisation and houses of distinct colours – reflecting multiple pathways for this strong Norton Sound community might take in the future. Thank you to the pupils and school of Unalakleet as well as Ph D Brie Van Dam for organising the exhibit! 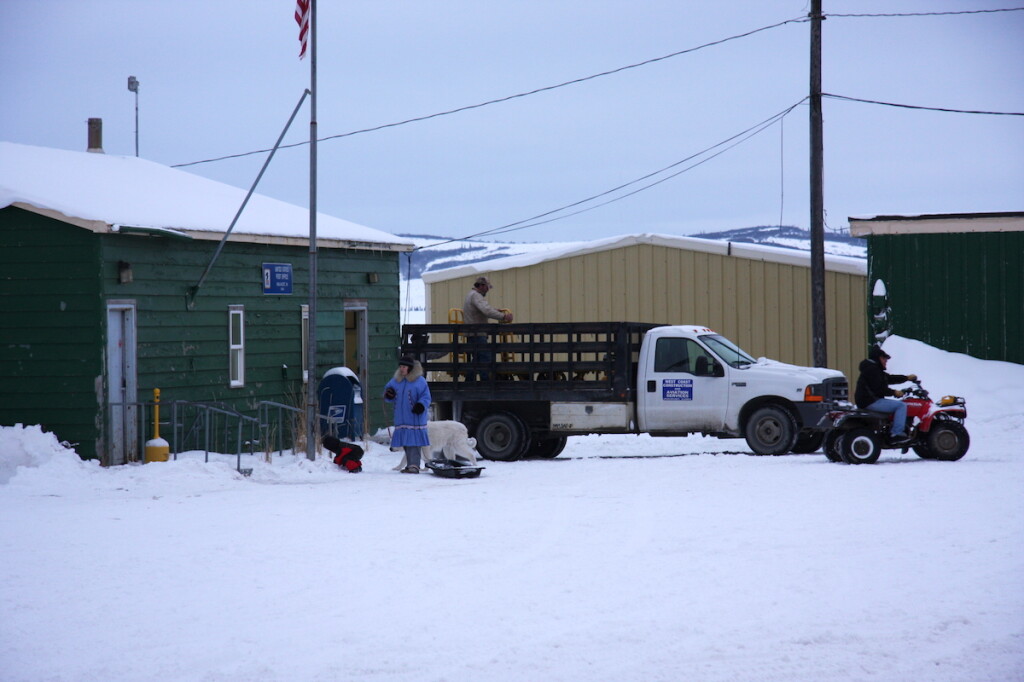