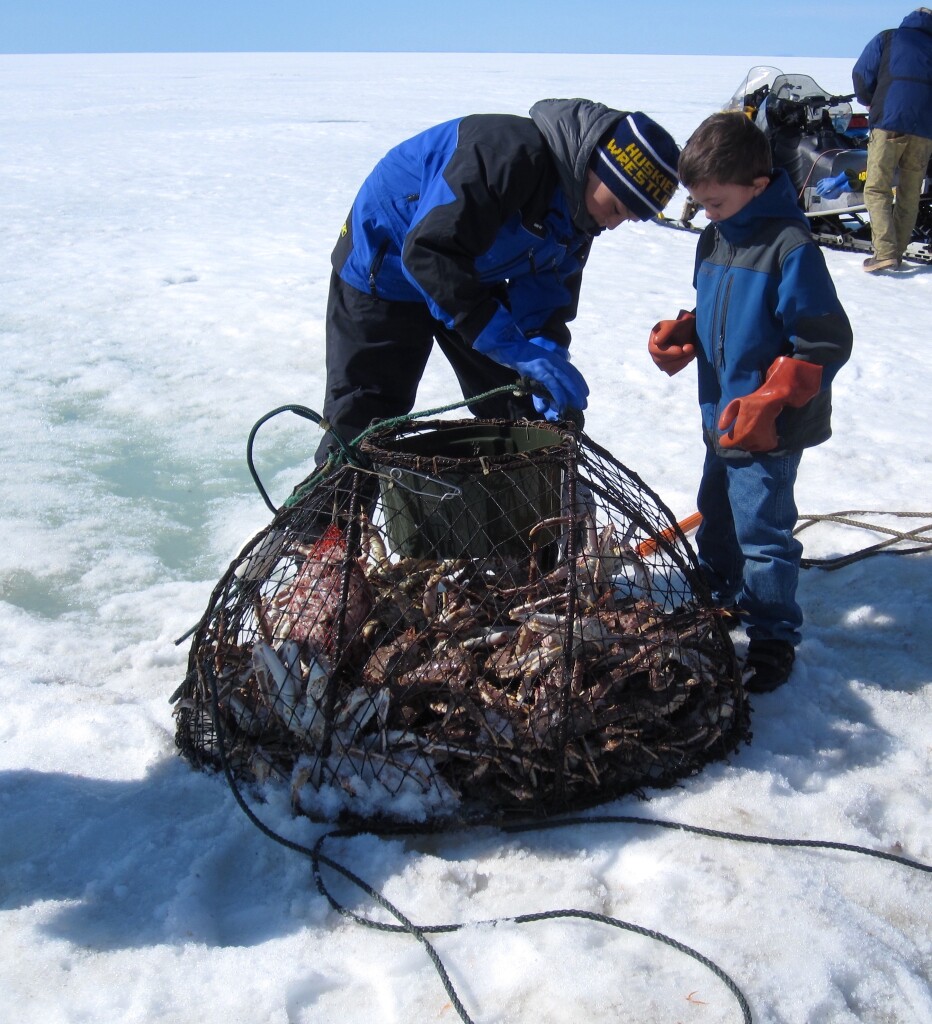 Out today, FAO report 2021: Indigenous Peoples’ food systems: Insights on sustainability and resilience in the front line of climate change features a large case of the Inari Sámi food system produced by the community and Snowchange.

Key messages from the book are

Indigenous Peoples’ food systems have been providing food, livelihoods and well-being to Indigenous Peoples for centuries. Their sophisticated territorial and natural resource management practices stems from their close relationships and profound understanding of the environment and its biodiversity. This relationship is based on reciprocity, respect, the observation of the natural cycles and the interactions between the different elements in the ecosystem. The governance systems, cultures, languages, beliefs and cosmogonies in Indigenous Peoples’ food systems are embedded in this connection with nature. When the food systems are well functioning, biodiversity is maintained, social cohesion and well- being are achieved through customary governance practices, and equity is ensured through reciprocity and solidarity circular mechanisms.

1.1. The world cannot feed itself sustainably without listening to Indigenous Peoples. Indigenous Peoples’ food systems are multifunctional and holistic, generating food, medicines, shelter and energy, and supporting culture, social and spiritual manifestations. This multifunctionality is rooted in understanding and engagement in the food systems in their totality, giving special attention to the relationships between the different elements in the ecosystem. The very existence of Indigenous Peoples’ food systems today and their capacity to preserve 80 percent of the remaining biodiversity in the planet (Sobrevilla, 2008) constitutes two of the most important contributions made to the world ́s sustainability. 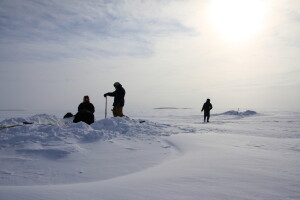 1.5. Monetization has changed Indigenous Peoples’ circular solidarity and reciprocity mechanisms. The increasing monetization is leading many indigenous communities to move away from barter, food sharing and communal works as traditional forms of solidarity and reciprocity. Engaging with the cash economy enables communities to access additional sources of food, inputs for food generation and health services. However, this tendency has also been seen to weaken sustainability and resilience of traditional practices of resource sharing and weaken ancestral forms of social cohesion.

1.7. Food composition is also fundamental to improve Indigenous Peoples’ food and nutrition security. Food composition, particularly on micronutrients, enables research and policies to be put in place to protect key foods that are being abandoned due to changes in preferences, sometimes jeopardizing the food and nutrition security of the communities. Dedicated food composition efforts would lead to political support and sharing of knowledge and good practices before the disappearance of certain food items. 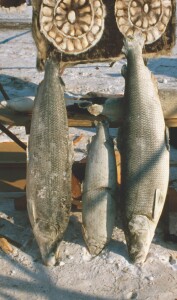 Indigenous Peoples’food systems rely primarily on renewable energy and resources within their territories. From the environment, Indigenous Peoples acquire the materials and foods to cater for shelter, tools, fibres, medicines and meals. With sunlight, water, fire, wind and other renewable energies, they process, build and consume the acquired natural materials and food items. Until more recently, waste was an unknown concept in their systems.

2.2. Indigenous Peoples’ food systems maximise innate energy, but external inputs are also increasingly required. In the field research undertaken, it was observed that Indigenous Peoples cover the majority of their energy demands for processing, heating and cooking with sunlight, wind, water and firewood – renewable energy sources available within their territories. However, dependency on fossil fuels increases exponentially for mobility (transport by boat, car) and cooking (gas stoves). Their systems have the potential to incorporate more renewable energy sources. There are good examples of solar panels for boreholes, home appliances and small hydroelectric schemes.

2.3. Shifting cultivation is a sustainable practice and lifestyle. Shifting cultivation within Indigenous Peoples’ territories is crucial to ensure the preservation of the environment and biodiversity whilst also generating diverse food sources. The practice effectively blends resource management and production techniques to generate renewed growth of semi-domesticated and domesticated species, creating a broad, diverse base for food security and dietary diversity from wild foods in local fields, forests, pastures and waterways. Shifting practices are essential in territorial management of many Indigenous Peoples’ food system. However, in the last 40-50 years, obstacles and rules against shifting practices have increased exponentially. Such obstacles have negatively affected Indigenous Peoples’ food systems and territories reliant on these techniques, diminishing their food security and surrounding biodiversity. 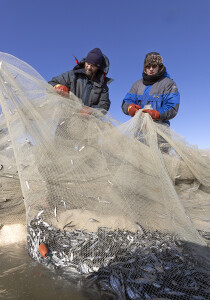 Many Indigenous Peoples subjected to environmental protection laws and natural protected areas have experienced restrictions to their livelihoods. When Indigenous Peoples are consulted and their consent is gained by governments and NGOs, the outcomes of conservation agendas and legislature are enhanced.

3.2. Indigenous Peoples depend on intact biodiversity for food security and nutritional diversity. Indigenous Peoples maintain biodiversity of native species and often enhance the richness of domesticated species. Food systems are often comprised of wild, semi-domesticated and domesticated plants and animals. Their relationships with diverse local species contributes to maintaining the biodiversity of their surrounding ecosystems. The loss of biodiversity in Indigenous Peoples’ territories can be attributed to multiple factors. These include pressures from external actors, and replacement of sustainable practices with unsustainable and extractive ones, such as overfishing, overhunting, reduction of fallow periods, and increased numbers of animal heads in the herds. These human-induced factors are compounded by the effects of climate change, including reduction of water points, desertification, loss of wildlife, the disappearance of wild plants, melting of ice, changes in rainfall and seasons, climate variability, and changing migration patterns.

3.3. Impacts of globalization are affecting Indigenous Peoples’ territorial management. The economic drivers of globalization promote unsustainable practices and demands that exhaust environmental resources. This crowds out management practices that are regenerative for ecosystems. Often, the extraction rate exceeds the regeneration rate. Pressures from external actors, including national parks, extractive industries, expansion of commercial agriculture and livestock operations are factors causing the size of Indigenous Peoples’ territories to be reduced.

Indigenous Peoples’ governance mechanisms are integral to their home territories and livelihoods. The respect for elders and their leadership, generational transmission of traditional knowledge and their collective rights are pillars of their complex governance systems. Furthermore, the core values of solidarity, reciprocity and communal works serve to inform their societal organization and leadership. Conflicts are commonly resolved within the community as per widely understood and followed unwritten codes of conduct. Orality remains the main form of transmission of traditional knowledge.

When Free, Prior and Informed Consent (FPIC) is followed in new administrative institutions, the support and involvement of Indigenous Peoples results in more community engagement and better accountability in management. Increasing intercultural education and programmes for indigenous youth is critical for the future of Indigenous Peoples and the health of their communities.

4.2. Indigenous governance practices should be recognised and strengthened at all levels. Indigenous Peoples have developed safety nets and solidarity mechanisms based on social organization and customary governance systems. These systems are mobilized especially during times of food scarcity, in which food sharing within and between neighbouring communities is common practice. Communities that have maintained their traditional governance institutions manage to strengthen social cohesion through collective decision-making processes.

4.4. Development programmes do not work without FPIC. Some of these programmes have improved access to electricity, petrol, schools, health dispensaries and roads. Others have brought new varieties of seeds and new animal breeds. Field research findings indicate these positive impacts are more significant when the community was part of the initiative or consulted before the intervention. However, some programmes, initiatives and social protection schemes are introduced in the communities without consultation, resulting in a low level of success. In some cases, these initiatives have created new challenges for the communities and other environmental issues related to the introduction of new plant varieties and animal breeds.

4.5. Indigenous languages must be sustained.

In the majority of cases, schooling has had a detrimental impact on Indigenous Peoples’ customary systems and transmission of traditional knowledge, further transforming prospects, roles, tastes, traditional knowledge and belief systems. Education and school feeding programmes can play key roles in regenerating indigenous language and cultural identities for indigenous youth, addressing the loss of their language and changes in food habits, such as moving away from their traditional foods towards highly processed and unhealthy foods. As a response, intercultural educational plans and mobilizing traditional knowledge within school programmes is crucial to ensuring that food systems, livelihoods and indigenous languages are preserved and carried forward into future generations. 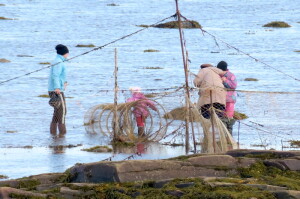 5. Resilience of people, communities and ecosystems:

Indigenous Peoples and their food systems have prevailed for thousands of years, adapting to changes in the environment and developing new practices and techniques. Their beliefs, cosmogonies, value systems and principles constitute core elements of their cultural resiliency. Common values such as reciprocity, solidarity, co-responsibility and community are seen throughout Indigenous Peoples globally. These core elements and common values are expressed in the dynamism of their Indigenous Peoples’ food systems, resulting in resilient systems and strong communities.

Today, the expansive loss of biodiversity, along with the compounding effects of climate change, is taking a heavy toll on Indigenous Peoples and their food systems. New, growing interest and dependence on external markets is changing the principles, core values and dynamics within Indigenous Peoples’ communities. Collective rights and communal work is being abandoned in favour of more individualistic livelihoods. 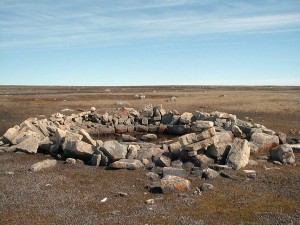